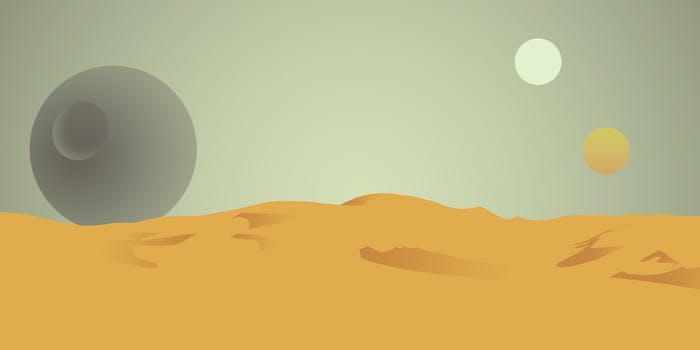 It's as iconic as the music that plays alongside it.

Google isn’t pulling any punches when it comes to Star Wars integration in all of its products, and fans have already quickly discovered that all it takes is a Google search to view the next Easter egg.

On Monday, Google revealed that fans could choose a side of the Force to add a new theme to apps like Gmail, YouTube, and Google Maps. It also made C-3PO the newest voice option in Waze, its navigational app. The latest Easter egg is something any Star Wars fan can recognize, whether they’ve seen the films once or hundreds of times.

Go to Google.com and type in “a long time ago in a galaxy far far away.” Your screen should look a little something like this.

Now unmute it and give it a soundtrack fitting for an opening crawl (which pauses once you go to a different tab). Here’s the opening from A New Hope for comparison.

Since more stories are being written about this new Google Easter egg, it will take some scrolling to view it the way Google intended: as a mix of news articles, YouTube videos, and search results. And although the crawl moves on its own, you can easily scroll back up with your mouse in case you were too engrossed in it to click on the page you intended.

The only downside? You can’t travel through hyperspace to get to a webpage; you’ll just have to use your imagination for that.