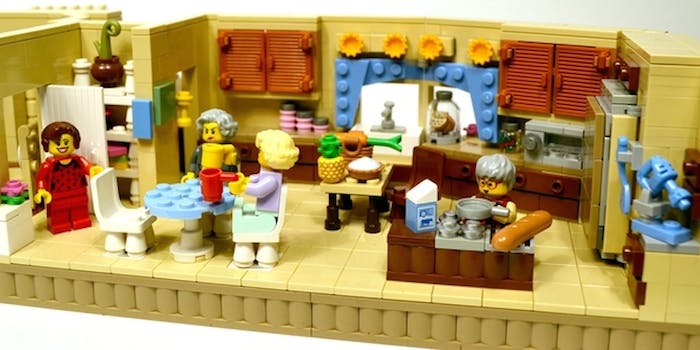 Lego needs to be our friend and produce this set!

The Golden Girls may be off the air, but you might soon be able to create your own stories with Dorothy, Rose, Blanche, and Sophia. A creative Golden Girls fan has proposed a Lego set featuring the whole gang that will be considered for production if it gains 10,000 supporters.

The project, titled “The Golden Girls Living Room and Kitchen Modular Set with Dorothy, Rose, Blanche, Sophia, and Stan,” was created by Lego Ideas user lostsleep and features the familiar foyer, living room, and kitchen sets from the show. In addition to minifigures of the women, it will also include a minifigure of Dorothy’s ex-husband Stanley. 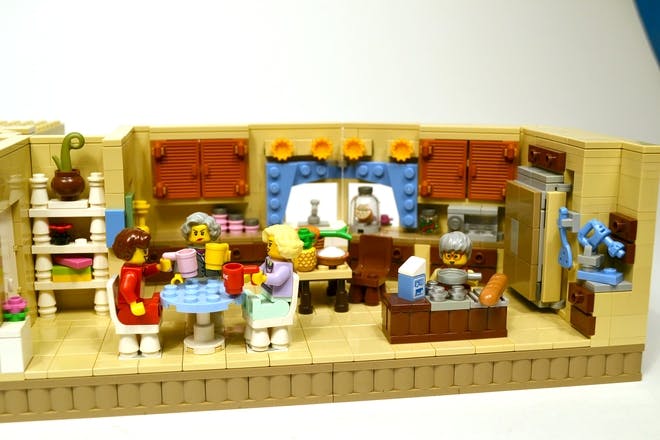 “It has been meticulously recreated to have opening cupboards and fridge in the kitchen, wicker sofa and chairs, a hallway backdrop, a storage closet in the kitchen, and an outdoor area with potted plants and a hose,” lostsleep writes on the project page. “I have recreated many classic scenes from the show, including a visit from Burt Reynolds, Rose shooting Blanche’s vase, Dorothy playing “Grab That Dough” and Rose rescuing her teddy bear from a mean little girl.”

If the set gets 10,000 supporters, it will head to the Lego review board, which will decide whether or not to approve it for production. It seems like the set has a decent chance of reaching its goal, with many enthusiastic supporters commenting on the project page. 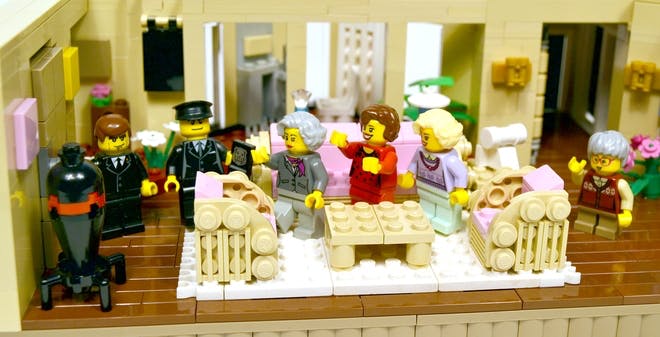 “If this doesn’t get made officially I want to buy it from you. This is amazing!” wrote Lego Ideas user ladymelissa83.

As of this writing, the set has more than 3,590 supporters, with 343 days left to reach its goal.