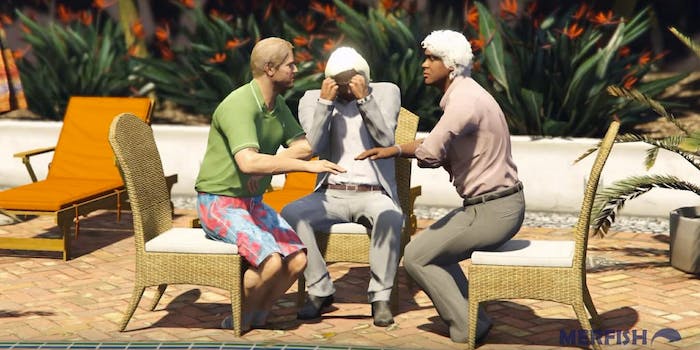 Thank you for being in my social club.

The immortal opening theme of The Golden Girls is no match for the GTA V vidders at Merfish, who seem to be making it their life’s mission to painstakingly recreate the opening credits to every iconic ’80s and ’90s TV sitcom. On their YouTube channel, Merfish has been using mods to put a special GTA spin on all your favorite classics.

Now it’s Dorothy, Blanche, Sophia, and Rose’s turn to take the spotlight, and the hilarious crossovers line up surprisingly well—especially for anyone who’s ever wanted to see the occasional catfighting on the show devolve into actual fist-fighting and bloodshed.

Hey, this is Grand Theft Auto we’re talking about.

Here’s the original if you want to check out the shot-for-shot arrangement. We’re guessing between them, these ladies could still roll over most of San Andreas.