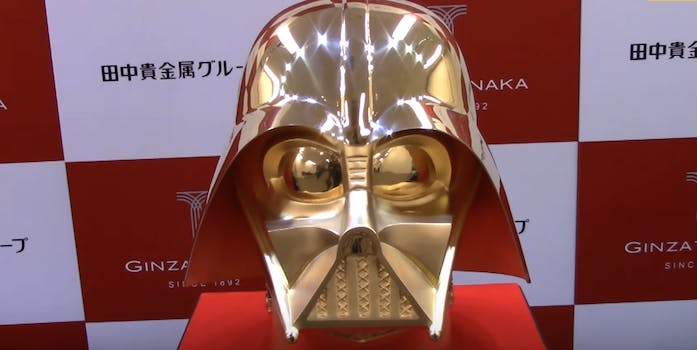 Who has $1.4 million to blow on a solid-gold Darth Vader helmet?

$1.4 million may sound like a lot, but don’t underestimate the power of the gold side.

If you’re a very, very wealthy geek who’s into Star Wars, get your checkbook ready.

The 33-pound, life-size helmet will be part of an auction at Ginza Tanaka in Tokyo on Star Wars Day, May 4. (Get it? May the Fourth be with you?) It was created alongside other gold commemorative memorabilia to mark the 40th anniversary of the first Star Wars film, A New Hope.