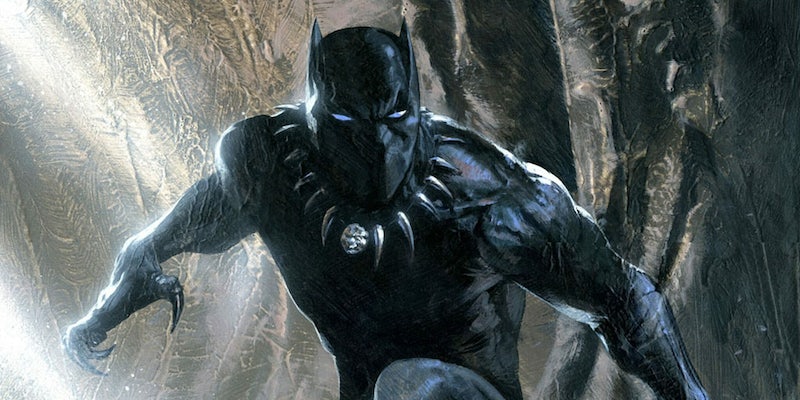 Money should come between Black Panther and no one!

The Black Panther movie will be historic.

Not only will it be the first time a Hollywood superhero movie has a majority black cast, but it also features Marvel’s premiere black superhero, T’Challa the Black Panther (played by Chadwick Boseman). For many black women, men, and children, that means this will be the first time they get to see someone who looks like themselves be represented as the savior of the world. Without a doubt, Black Panther will inspire generations of people of color to believe that they too can be superheroes.

Sadly, the price of a movie ticket may make seeing this important moment in pop culture impossible for many.

The average national price of a ticket has dramatically increased since 2001 from $5.66 to $8.65 in 2016. And in big cities like New York, the typical moviegoer spends about $12.00 to watch a movie on the big screen. This doesn’t even include the cost of refreshments that often times carries a price tag just as steep as a ticket. For black people who are disproportionately more likely to be living in poverty, these prices can put seeing the film out of reach.

For this reason, Frederick Joseph decided he would launch a GoFundMe campaign for Harlem kids to get to go see the movie.

“The release of Marvel’s film the “Black Panther” is a rare opportunity for young students (primarily of color) to see a black major cinematic and comic book character come to life,” he wrote in the campaign’s description, “This representation is truly fundamental for young people, especially those who are often underserved, unprivileged, and marginalized both nationally and globally.”

Within a matter of days, the campaign exceeded its $10,000 goal. As of right now, 515 people have donated more than $24,000. (And you can still contribute!) The money will be donated to the Boys & Girls Club of Harlem, giving hundreds of kids (and a few lucky chaperones) the opportunity to watch the movie. Any remaining funds after movie-going expenses will be donated to the organization.