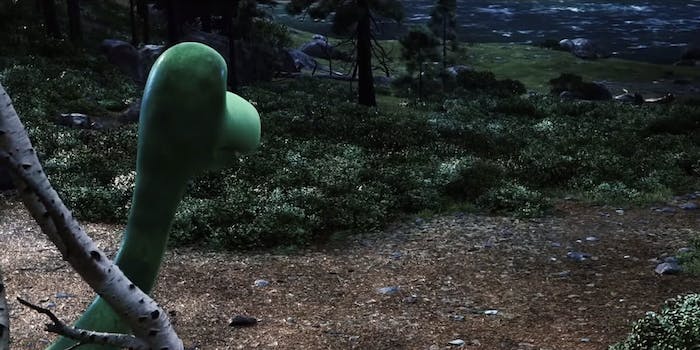 ‘Godzilla’ adds some roar to this ‘The Good Dinosaur’ mashup

‘Because what’s really happening is that you’re hiding something out there!'

The Good Dinosaur is probably going to be absolutely adorable based on what we’ve seen so far, but when you bring one of film’s greatest monsters to the mix, it takes a roaring dark turn.

CineMash’s Bobby Burns took dialogue from the latest Godzilla movie and mashed it up with the upcoming Pixar film, and the results are terrifying. Instead of dinosaurs and humans living together, they have to worry about an oncoming menace. It’s big, green, and it has a secret weapon.

That main dinosaur doesn’t look so friendly now, does it?