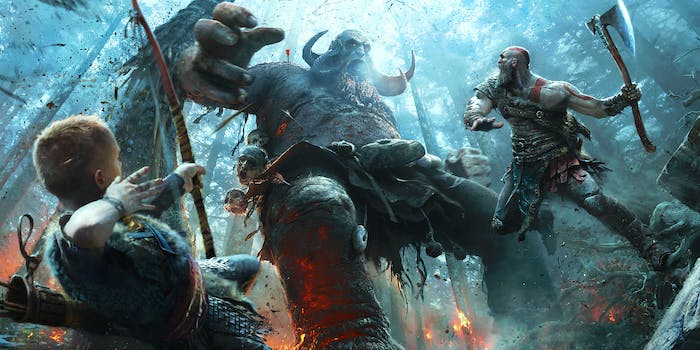 7 things to know before you start playing God of War

Start your grand adventure off on the right foot with these spoiler-free tips.

Kratos has finally returned. After waiting nearly a decade to find out what happened to the God of War after he rolled off Mount Olympus, fans will soon be reunited with the Ghost of Sparta. But a lot has changed in the years since the previous God of War trilogy. The series’ first PS4 entry lands this week and brings with it a ton of new gameplay elements to consider.

Stepping out into the Norse wildlands can be intimidating, especially when there’s a lot the game doesn’t tell you. Below, we’ve compiled a spoiler-free list of some of the most important things to know before you begin your grand journey in Midgard.

1) The Leviathan Axe changes everything

Throwing the axe a great distance is where the real fun comes in. By holding down the trigger, you can target an enemy from far away and stop them in their tracks. The added frost damage of the axe can freeze your foes for a short while, helping you control a large crowd. Mastering the throw and callback mechanic will be key to success, as will knowing your upgrades. The axe pommel can be switched out at weapon shops to change various buffs and bonuses, as well as additional stats in the form of runes. In a number of story-driven moments, the weapon can be upgraded itself to increase overall damage.

In combat, Atreus truly comes in handy. With the push of a button, you can command him to fire off at an enemy. His arrows can be used to stun foes or disorient them from attacking. Coupling these blasts with Kratos’ axe makes for a powerful back-and-forth, and one that distracts from just blindly swinging about. Atreus’ equipment can be changed to best benefit your playstyle as well. Though two outfits can help him deal more damage and fire more arrows, I chose an upgrade that had Atreus naturally heal Kratos’ damage in tense battles.

3) Keep track of your currencies

To change Kratos’ moveset or Atreus’ skills, you’ll expend XP, which is gained through combat scenarios. There isn’t anywhere to mindlessly grind against enemies in the game, so you’ll want to think carefully before spending these points. You can also upgrade the individual runic attacks attributed to your weapon with these points, and you should be doing so frequently. Be sure to read over the skill tree before making any fast decisions, as some paths grant helpful passive abilities, like a shortened meter for Kratos’ Spartan Rage combos. 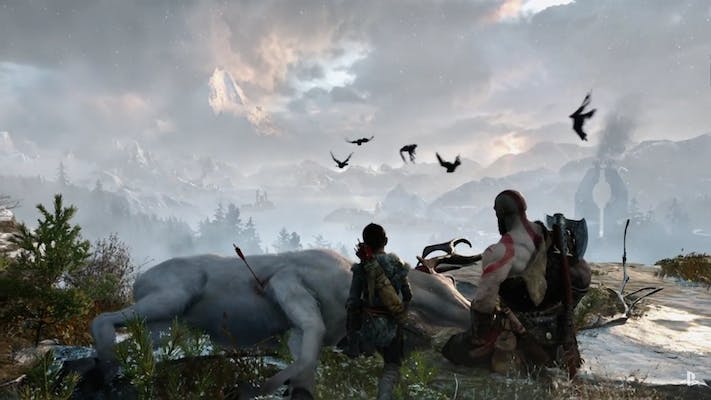 Around a quarter of the way through the game, you’ll be able to access the full suite of merchant offerings at the Dwarven shops that pop up around the realm. From this point on, the game will alert you to new armor and equipment available for you. But there will be another tab in the vendor’s suite that you shouldn’t overlook. It might be easy to predict what resurrection stones do, but they are important to keep with you.

However, you can only ever have one of these magical artifacts on you at once. If Kratos ever falls in combat, Atreus will rush to his side and revive him. Even on lower difficulties, there are several challenging combat encounters that might test your endurance. Having this reliable fallback makes tough bosses a little easier to handle. The stone can only be used once, but if you fall again, you’ll hold onto it when you reload the last checkpoint.

Atreus will recount things he’s learned about the gods and mythical creatures of this realm. Kratos, on the other hand, shares fables and parables from the old world. These exchanges are among the funniest in the game and even flesh in a bit of backstory. The tales will resume every time you enter a boat, so don’t worry about hanging out to hear them all. Additionally, characters might shout out when they spot a place to land or investigate a new side quest.

These entries aren’t exclusively meant for world-building, however. Details on enemies can remind you of the best attack patterns, weaknesses, or tells to watch out for in combat. If you ever go up against an enemy that you can’t handle, be sure to consult Atreus’ journal for some pointers.

7) Save Your Side Quests 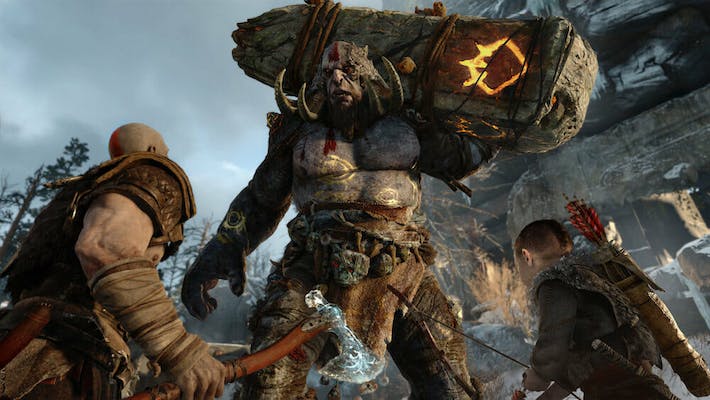 As you travel around, characters will ask you for favors. These include visiting undiscovered locales or acquiring certain kinds of materials. Atreus will often remind you that there are plenty of things to do other than follow the main quest, but don’t worry too much. The later stages of the game have you bouncing back and forth across the map, and there will be ample opportunity to check some of those last-minute tasks off your list.

Many of these missions put you up against high-level enemies, that might be too frustrating if you’re underpowered. Though you can access these missions early on, there is no real reason to rush into them until your power level lets you take down enemies with purple health bars without too much trouble. After clearing the story, there are several other tasks and trials that open up and add another layer of difficulty to the game as well.