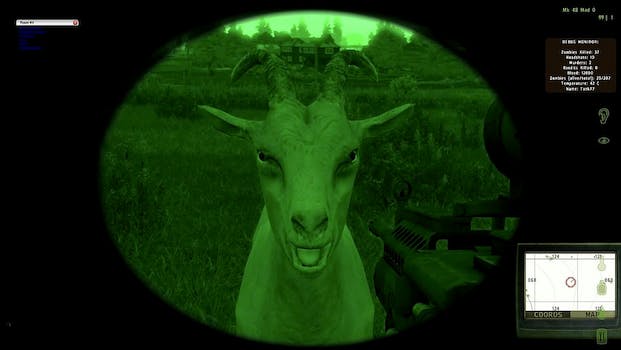 The long, strange history of goats in video games

The recent reveal of Goat Simulator, a demo by Coffee Stain Studios that imagines a game with a goat for a lead character, has the Internet excited.

“There’s a market for everything, I guess, but we never expected it to be so big,” Armin Ibrisagic, one of Goat Simulator‘s designers, told me. “It makes sense, some people like FPS [first-person shooters], some like strategy games, but everyone likes to laugh, right? We’re still a bit in shock so we’ll wait a couple of days and see how it goats.”

Goats are nothing new to video games. Quite the contrary, goats have been grazing in pixelated fields for two decades now. Here’s a brief history.

We’ve come a long way since the pixellated goats seen in the 1994 unlicensed Wolfenstein 3-D clone Super 3D Noah’s Ark. Instead of shooting Nazi soldiers in a castle, the game casts you as Noah, hunting down angry animals in the ark, firing grain at them with a slingshot to calm them. 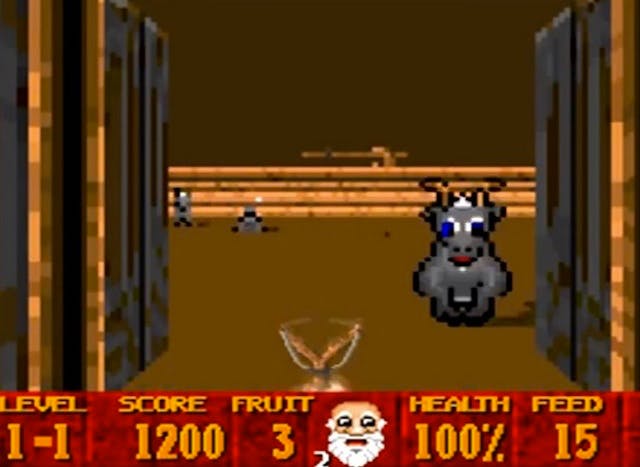 The game’s angry goats would go on to haunt the nightmares of children for years to come. And as for the game, well, it certainly spooked Nintendo, becoming the only officially released SNES game in the U.S. that was never sanctioned by Nintendo.

Broken Sword: Shadow of the Templars

The 1996 point-and-click game Broken Sword: The Shadow of the Templars has become more well-known for a small section featuring a goat than for its place in the legendary Broken Sword series.

While “the goat puzzle,” as it has been dubbed, has gone down in gaming history as one of the trickiest puzzles ever made, it’s not exactly a sophisticated representation of a goat. A tied-up buck prevents you accessing a ladder until you manage to trap it and sneak past. Hardly groundbreaking gameplay, but perhaps the first memorable video game goat.

Midway through recording himself playing the 2009 first-person cowboy shooter Call of Juarez: Bound in Blood, DopeFishLives encountered something rather strange. One of the game’s goats had seemingly developed the ability to climb ladders. His maniacal laughter helped the video to go viral, and it remains popular to this day.

Finally, the world had a game where you play as a goat. The trouble is, 2011 puzzle game Escape Goat was annoyingly short. It lasts only for a few hours. 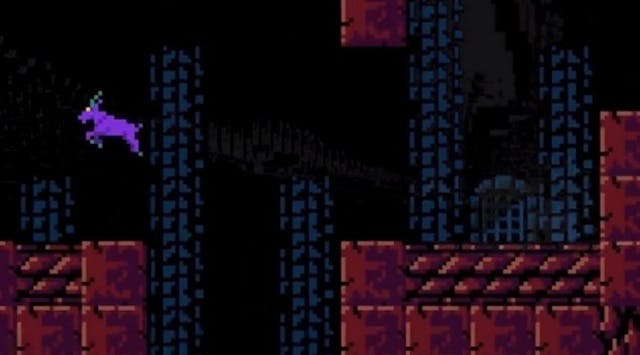 The goat gaming community was outraged in 2012 when the much-vaunted release of the new Farming Simulator game managed to completely overlook goats. Eager players, expecting to be able to frolic in fields with digitized goats instead found themselves trapped in a pixellated German rural town with only sheep, cows and chickens. The game later went on to achieve mainstream success despite its lack of goats. 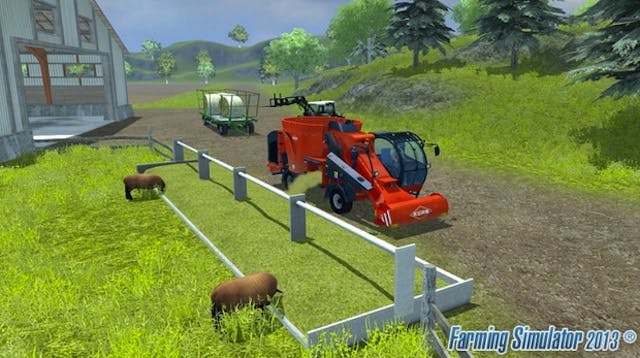 In a game filled with zombies and other players intent on stealing your clothes, open-world survival horror game DayZ’s goats provide a welcome source of laughter. Or terror, if you’re not a goat person.

2013 saw the release of what many players considered to be the defining moment of the goat gaming genre: Goat Petting Simulator. The player guides their hand to an unmoving goat, where they are then encouraged to “pet” it. Unfortunately the developers hadn’t implemented collision detection, so the player’s floating hand instead passes through the goat, which bleats in pleasure.

Goat simulation technology has now reached terrifying levels of realism. Swedish video game studio Coffee Stain Studios has announced Goat Simulator, a game that promises to deliver a hircine experience like no other. There’s even a telling nod to Laddergoat.

The developers have been flooded with feature suggestions (“please add multiplayer, please add animal control chasing you like in GTA“), but the team’s more interested in ensuring a smooth experience and adding more realistic gameplay tactics.

“We’ve implemented a lick feature where you can lick something and it sticks to your tongue,” Ibrisagic said. “I’ve played around with licking a human and carrying him up to the top of a ladder, then dropping him to his death.”

To that end, he’s also been in contact with some actual goat farmers in rural Sweden.

“I want to make a YouTube video where we visit an actual goat,” he said. “Maybe we can get the goat to play Goat Simulator. Would a goat be better at Goat Simulator than a human? We’ll see.”

Still, the question remains: Why the fascination with goats?

“I mean, who doesn’t love goats?” countered Oscar Jilsén, another one of the game’s developers.

“Most animals are pretty much like goats, except with minor changes,” Ibrisagic added. “Like bears, they’re just bigger goats with more fur.”