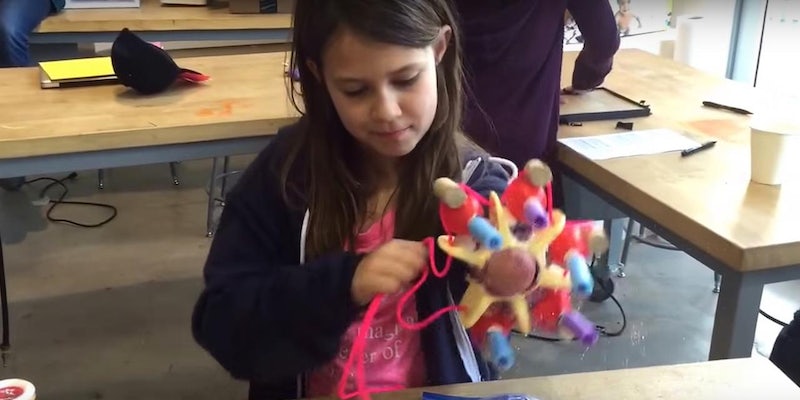 It’s composed of a 3D-printed turret that encircles Reeves’ upper arm. After loading the cannon with glitter, she simply aims and pulls the string to eject a cloud of the shimmering dust.Reeves was invited to make Project Unicorn a reality at the Superhero Cyborg program in San Francisco. Nonprofit KidMob partnered with 3D designers Autodesk to form the program, which allowed kids to design their own superhero augmentations.

We just hope that Reeves uses her newfound powers for good.