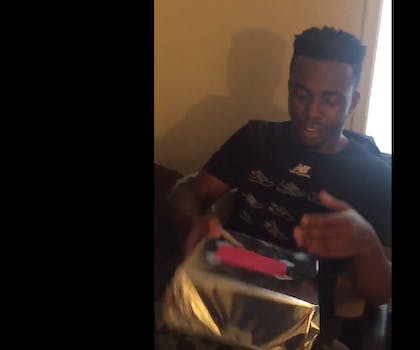 Girlfriend wins Christmas by gifting her boyfriend his own graphic novel

His reaction gives us chills.

Nia Evans should teach a workshop on the craft of gift exchanges. The key, as she shows in this Christmas video, is being thoughtful.

Her boyfriend Obinna Victor has been writing anime since he was 15 years old. She took his ideas—which he’d reportedly worked on for four years—hired an illustrator, and brought them to life in a dazzling DIY graphic novel.

For Christmas I got an artist to draw my boyfriends anime characters for a story hes been working on since he was 16 save to say he loved it pic.twitter.com/NUNaeiNXtn

Some of the art work for those who want to see pic.twitter.com/01IILp3ulc

Me? I waited too long, threw money at the problem, and now I’m in the doghouse.