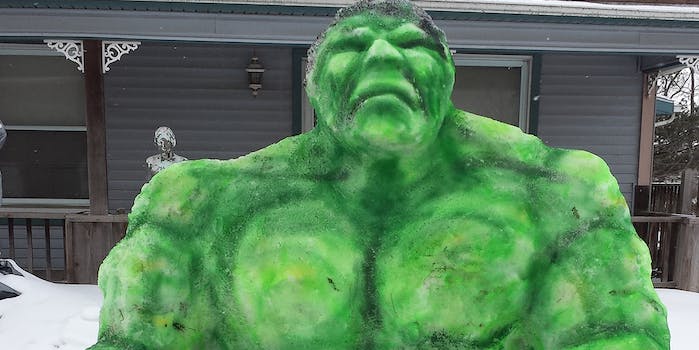 When life gives you a blizzard, do this.

Like many parts of the world, Alton, Ill., is currently snowed under. And like many fans who’ve used the excuse of a huge blizzard to get geeky with their snow creations, Alton resident Luke Harris took the opportunity to make his neighbors green with envy.

Probably not this green, though.

According to local media outlet Fox 2 Now, Harris is a woodcarver who took a day out of his schedule to design the huge green Hulk for the kids in his neighborhood. His fans dropped by the news channel’s Facebook to share other photos they’ve snapped of Harris’ sculptures in previous years, including a giant snow gorilla. 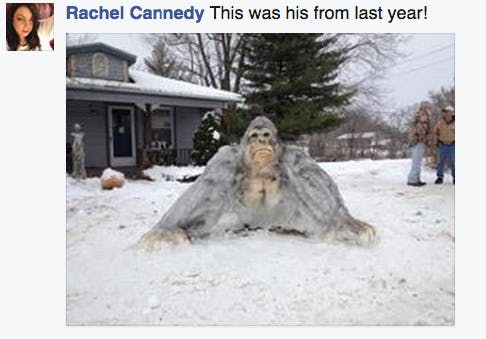 Harris told the local station that he also performed community service for his street: He shoveled snow from their own yards in order to get enough snow for the massive sculptures.

“What I did it for original was the kids on the school bus would come by. There`s a lot of school buses that come by and they just wave. And that`s what it`s about.”

He may not be green, but it sounds like the residents of Alton have their very own local superhero.