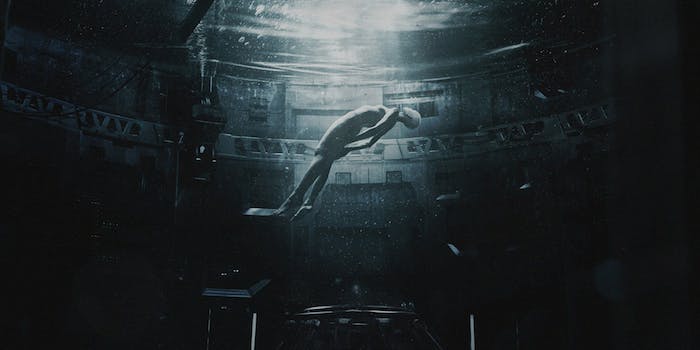 A hint of what we might see in the upcoming live-action film.

The title sequence for Ghost in the Shell is one viewers don’t forget. The anime film’s opening is breathtakingly beautiful, featuring striking visuals and a haunting score. Anyone attempting to recreate such imagery would have their work cut out for them—which is why Project 2501 is so impressive.

Project 2501 is a tribute to Ghost in the Shell and was created by graphic designer Ash Thorp, who has worked on films such as Ender’s Game and Total Recall. Thorp brought together more than 30 artists from around the world to recreate the opening sequence with 39 still frame shots.

“For a film that was a comment on the uber-connected society of the future, Project 2501 ended up being itself an example of how this collaborative group of creatives are so connected ourselves,” states the description. “Many of us never met beyond the communications provided by the vast and infinite net, but still came together to make the ultimate tribute to Ghost in the Shell. Everyone of us wanted the opportunity to pay homage to a ground-breaking film that gave us so much.”

The result is an amazing set of images and a behind-the-scenes short film that will give you high hopes for what we might see in the upcoming live-action Ghost in the Shell film, though according to The Verge, Thorp is unfortunately not involved with the Dreamworks movie.

Just in case you forgot what the original opening looked like, here’s the title sequence for the 1995 film:

Now compare that to the live-action stills on Throp’s website and the making-of video below. (Warning: link and video contain mild NSFW content.)