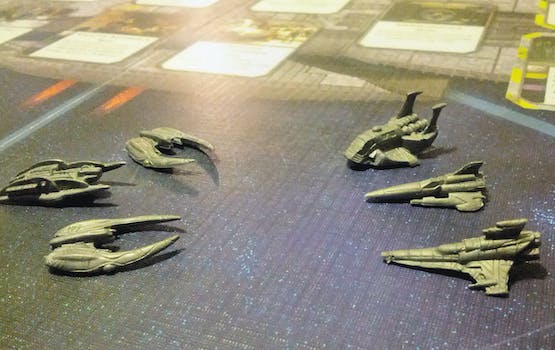 This February, a retired German destroyer battleship will be used for a five-day Battlestar Galactica LARP called Projekt Exodus. The participants will rolepay as Battlestar-esque characters, acting out a pre-written storyline with similar themes to the show.

If this sounds thoroughly terrifying to you, then you’re probably not alone. Just watching Battlestar Galactica was an intense experience in itself, but spending several days on an antique warship, acting as if you’re one of the few surviving members of the human race? That’s more than most people could handle.

Reading between the lines of the LARP’s official description, it looks like the organizers of Projekt Exodus are well aware of the kind of stress people will be under when onboard the ship.

“By discovering hidden or repressed personality aspects and testing the social acceptance of these in a secure setting, one’s personality is developed, and new possibilities for social participation are created in a sustainable manner.”

In other words, you may come out of this experience a changed person.

However, this was clearly a very appealing prospect to many BSG fans, as the LARP’s 80 tickets (300 Euro each, or about $340) have already sold out.

As Adi Robertson points out over at The Verge, this isn’t the first time someone has organized one of these ultra-real Battlestar LARPs. In 2013, a similar roleplaying game was organized on a Swedish battleship, temporarily renamed The Moniter Celestra. The resulting fan-film looks scarily realistic, although that’s partly due to the low-budget costumes and hand-held camera work of BSG itself.

The main difference between these two LARPs is that Projekt Exodus is marketed as an educational experience, and is funded by the German government. Its website touts the LARP as a way of analyzing the narrative structure of the show and exploring its “socially relevant” themes as a post-9/11 drama, and honestly, we can see where they’re coming from.

Live-action roleplay may have a reputation as a slightly embarrassing, nerdy pursuit, but it’s essentially a type of group performance art. Why not give government arts funding to large-scale LARP projects like this?