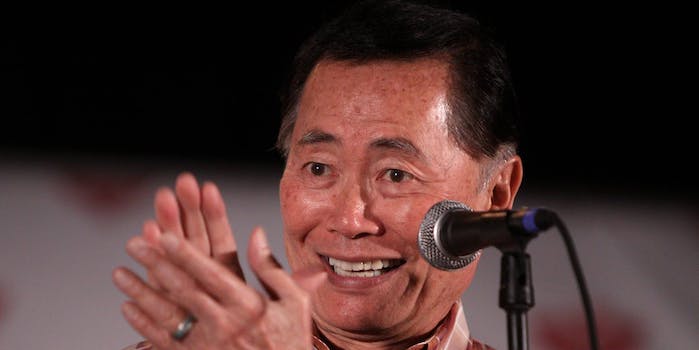 'I had much fun taking a Pikachu new game. It was a Goldeen opportunity.'

The Pokémon Go craze has been simply inescapable. Forget the next hot summer jam or blockbuster movie—this season it’s all about becoming a Pokémon master.

That need to catch ’em all has spread internationally, with countless trainers from dozens of countries firing up the augmented reality game. Thanks to a helpful fellow trainer named Matt and the vast expanse that is Central Park, George Takei can count himself among them.

Aside from a plea to game developer Niantic to add a bit more historical context to PokéStops, Takei is absolutely tickled by the game. He spends a solid 20 minutes wandering through Central Park in pursuit of Pokémon.

What Takei’s friends really want to catch is the person who took Capt. Sulu as their Pokémon Go name. The rest of the world is just waiting for which team Takei will choose once he hits level five.