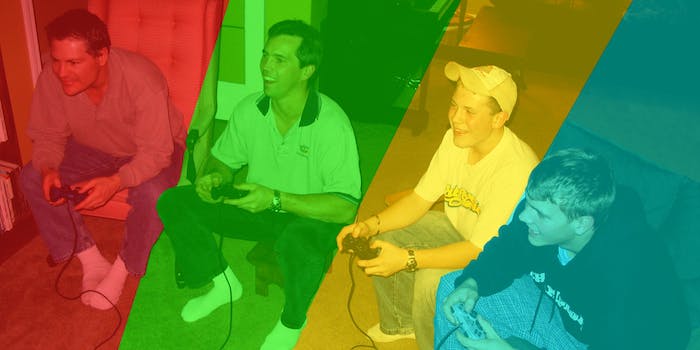 How Switzerland could be the model for better game communities

Could game communities get friendlier with segregation?

Raph Koster, Richard Fogel, and Gordon Walton, who worked on Ultima Online and Star Wars Galaxies, shared their experiences and research on improving game-community management at the 2015 Game Developers Conference happening this week in San Francisco.

Anyone paying even a modicum of attention to the video game community ought to understand the need. The long-simmering cultural conflict between the traditional gaming contingent and a diversifying modern-day audience erupted into open warfare in 2014.

Video game community managers who interact with fans on game forums and social media are at the forefront of that conflict, and the question is not only one of ethics. There’s a financial bottom line when it comes to communities, especially in massively multiplayer online games. The more a game requires players to interact with one another, the greater the chance a toxic environment could take the fun out of the experience and put profits at risk.

The job of a community manager is to create a sense of common identity around the fandom for a particular game. How can that be accomplished with such an increasingly diverse audience? Koster points to an example from outside the gaming world: Switzerland. 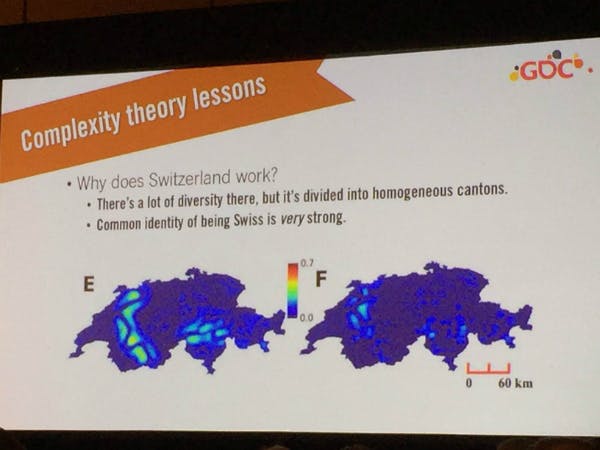 Switzerland is a diverse society that’s organized into largely homogenous provinces (known as cantons) by language. There is very little violence in the country, but the conflicts that do exist usually occur where French- and German-speaking communities bump into one another in the western part of the country. “They don’t tend to have cantons that are mixed French-German or mixed German-Italian. In fact, they’re divided by Alps,” Koster said, “Which really helps minimize the conflict.”

The overall sense of Swiss identity is strong enough to tamp down most conflict. “There’s a huge amount of effort that goes into Swiss culture around identifying as being Swiss,” Koster said.

The relative harmony could be a model for how to keep the peace when diverse Internet cultures and gaming styles come together.

“Chan culture is driven by absolute freedom of speech,” Koster said. It’s a compliment, for example, to be called autistic in chan culture. Calling someone autistic on Twitter, on the other hand, would lead to a firestorm of disapproval. “There is no right to be offended within chan culture. So when they come out into the light they literally don’t know how to behave in a situation where that’s not what that environment is like.”

Other online communities, from Reddit to Facebook, have similar cultural habits and expectations that don’t always translate to game communities. 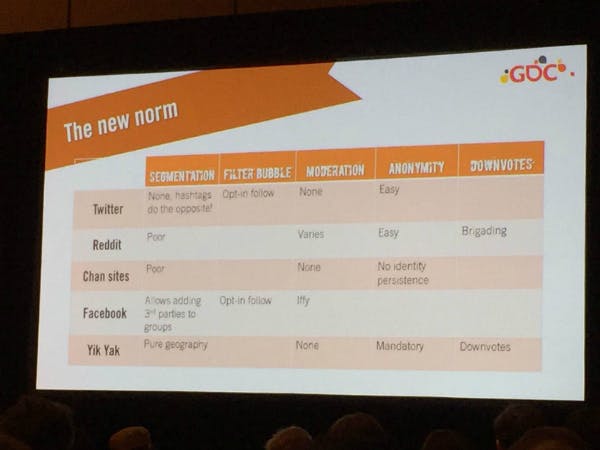 According to Koster, one of the best ways to handle community management is to essentially do what the Swiss do, and give different types of player their own spaces. Players who target combat and players who focus on item crafting, for example, play an MMO in very different ways. Given shared spaces, they are likely to fight with one another. That helps explain why General Discussion forums are usually “a pit.”

If “player killers”—the combat types—and item crafters have their own subforums, however, like-minded players can focus on discussing their favorite aspect of the game, rather than arguing over what the best aspect of the game is.

“This is actually a really disturbing idea to me personally,” Koster said, “Because it sounds like segregation, but it’s what the science shows.”

Eliminating the friction between different groups of players with different priorities allows community managers to create a meta-identity for all players. Finding common goals and shared values is the basis for players to feel good about being part of the EVE Online or World of Warcraft communities. Just like, despite their differences, the Swiss can feel proud to be Swiss.

Photo via Analea Styles/Flickr (CC BY 2.0) | Remix by Jason Reed