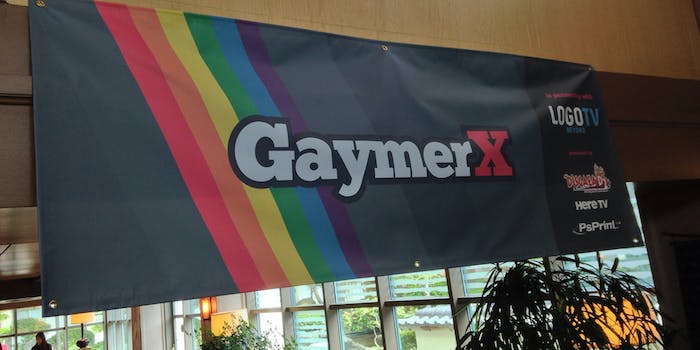 GaymerX ends this year, but the mission will live on

“By this point, GaymerX is almost passe.”

This week GaymerX announced that its convention scheduled for July, GaymerX2, will be its last. The decision was shared on Twitter, with the budget being listed as one of the factors influencing the decision. GaymerX promised it would not disappear altogether or give up its mission of raising awareness of LGBT issues in gaming.

That’s not to say that we may not do other events again in the future, but we’re asking so much out of our volunteers for the past 2 years

President of GaymerX, Toni Rocca, told Joystiq that this is a new beginning. She pointed to some obstacles the con failed to overcome, like difficulty getting press attention and forming relationships with sponsors, as part of why the con will be ending. She also said game culture has been shifting to more LGBT-friendly attitudes, which makes it a different place from when they first started the convention.

“By this point, GaymerX is almost passe,” she told Joystiq.

Still, Rocca wanted gamers to know that GaymerX is still here. It will be continuing to develop the video game Read Only Memories through their indie game studio MidBoss Games and will soon be launching the documentary Gaming in Color.

While it’s unfortunate to see a convention disappear that brought to light many LGBT issues that are sadly not addressed as often as they should be in gaming culture, at least GaymerX will still be around in some form to support LGBT gamers and highlight the challenges they face.

GaymerX2 will be July 11 to 13 at San Francisco’s Intercontinental Hotel, a bigger venue gained thanks to a successful Kickstarter campaign at the beginning of this year.