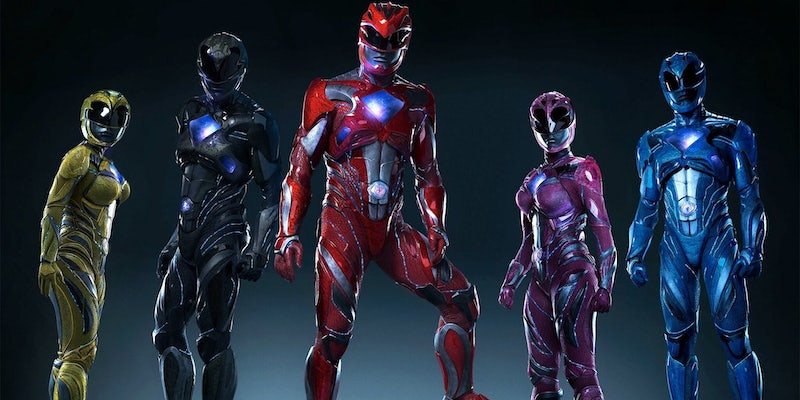 ‘Power Rangers’ will give us Hollywood’s first LGBT superhero

In the new live-action Power Rangers movie, one of the Rangers is gay or bisexual.

Trini the Yellow Ranger (Becky G.) is described as having “girlfriend problems,” according to director Dean Israelite. Speaking to The Hollywood Reporter, he said “she’s questioning a lot about who she is… she hasn’t fully figured it out yet.”

It sounds like Trini’s sexuality isn’t a major plot point in the movie, but the characters do discuss the topic onscreen. This makes her the first LGBT superhero in a Hollywood movie, although several superhero TV shows include LGBT characters in supporting roles. Deadpool is canonically pansexual, though he was shown only with a female love interest on film. (Ryan Reynolds said he’d like to explore Deadpool having a boyfriend in future films.)

Israelite described Trini’s low-key coming out scene as “pivotal,” but it’s quite a small moment in terms of screentime. Hopefully this creates realistic expectations for the film’s LGBT representation, unlike the PR disaster of Disney’s first gay character in Beauty and the Beast.