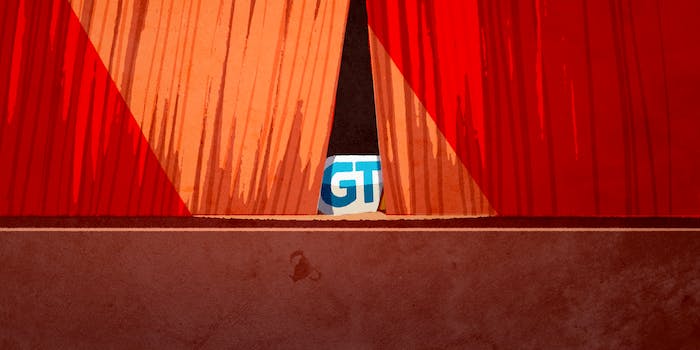 The surprise announcement comes as a shock to gamers.

In another sign that the times are changing for the enthusiast video game media industry, venerable website GameTrailers has announced it’s closing down.

The announcement was apparently as much a surprise to GameTrailers employees as to the site’s fans. Kyle Bosman, host of the video series “The Final Bosman,” reported that not only did the GameTrailers staff find out on Monday that the site was closing down, the staff was also out of the building the same day.

@masongoliver @GameTrailers sadly not; we're officially out of the building

In another sign as how little notice employees had, reviews for Firewatch and Unravel, released this week, currently appear on the GameTrailers homepage along with a how-to guide for XCOM 2, released on Friday.

GameTrailers opened its doors in 2002. In addition to acting as a reliable source of game teaser and trailer videos, GameTrailers also over the years played host to news programs including GameTrailers TV, broadcast on Spike TV, and a roundtable discussion program named Bonus Round. Both programs were helmed by Geoff Keighley, a veteran broadcast journalist in the video game media and the current producer of The Game Awards.

Shocked reactions from gamers on Twitter demonstrates the influence GameTrailers had in the community.

Thank you for the best video reviews, the insightful shows and all the great people behind them ❤️ #SadDay @GameTrailers @GameTrailersVO

.@GameTrailers Even so, this really sucks. GameTrailers has always been one of the best outlets for fair yet passionate game journalism.

@GameTrailers Thank you for the amazing content over the years

@eightiesERA @GameTrailers Definitely sad to see them go. I used to go there a lot before YouTube was booming- for their shows, forums, etc.

The Facebook announcement acknowledges that the rise of gaming videos on YouTube has played a huge role in the demise of the site.

When GameTrailers was founded in 2002, internet video was a revolutionary concept. YouTube wouldn’t be founded for another three years; consumer live streaming was nine years away. Back then, online game journalism was still dominated by text articles and static imagery. The most prestigious coverage still happened in print. If you wanted to watch a show about video games, you had to watch it on a special TV station that had 10 shows.

GameTrailers helped change all that.

The final Twitch stream from GameTrailers, a session of Grand Theft Auto III, ran at 6pm PST on Monday night.