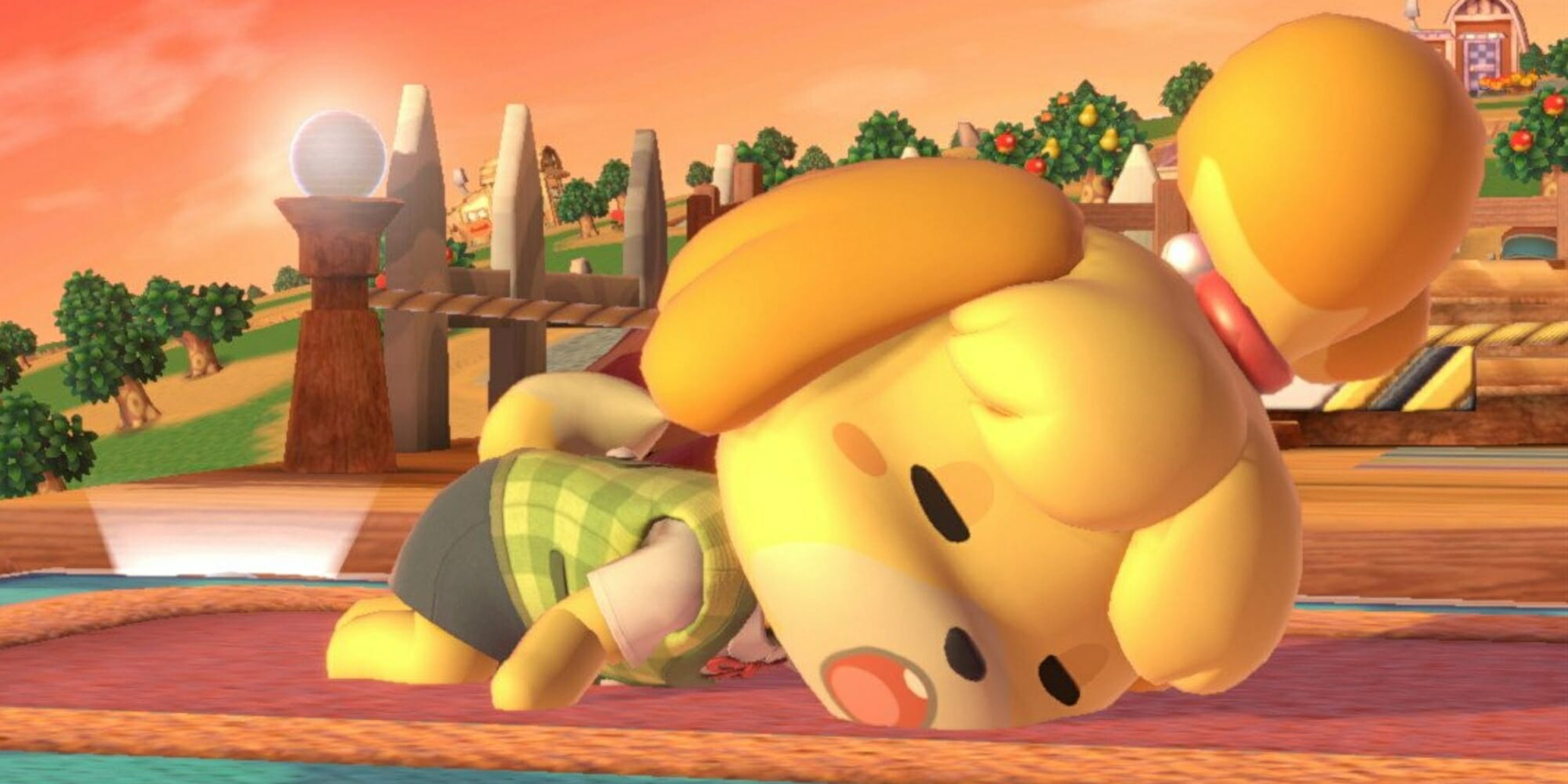 Should gaming journalists be good at video games?

There's more to reporting the news than being a gamer.

If you want to write about Super Smash Bros Ultimate, then you better be good at it. In a job posting shared earlier this week, fighting game news site EventHubs required applicants to fight an employee in Smash before getting the job.

The full-time position involves reporting on Smash and other competitive fighting games, and it comes complete with two weeks’ PTO and an entry level salary. But one part of the job interview, “Settle it in Smash,” asks players to face off in a multiplayer Smash set with one of the site’s employees to advance through the process.

“Applicants will play an EventHubs staff member in an online Super Smash Bros. Ultimate best of five set. This will be done to gauge the applicant’s abilities in the game,” the job listing states. “A wired connection is recommended.”

Once Twitter picked up on the job posting, it immediately went viral.

when your boss mains olimar pic.twitter.com/IGOM2cp2yK

EventHubs didn’t expect the online backlash at all, in part because this isn’t a new requirement. On the site’s official podcast, Assistant Editor John “Velociraptor” Guerrero and president Jonathan “Catalyst” Grey claimed potential hires don’t have to win their games, just demonstrate the technical skills necessary to play Smash.

“Honestly, this part of the job interview is actually less important than something like writing ability. We’re more likely to hire someone who is playing at a below average level, but can demonstrate exemplary writing, knowledge, and passion,” EventHubs Content Editor Justin “AdaptiveTrigger” Gordon told the Daily Dot. “Having said that, it would be nice to see if applicants have a basic knowledge of how to play the game. Someone who already has all the other traits that we’re looking for will obviously look like a better candidate if they can demonstrate talent in the game.”

Gordon also says it’s “not hard to pass” this part of the application process as long as the player doesn’t “show a complete lack of knowledge or understanding in the session.” The site’s editorial team also uses the match to gauge how players will jive with the site’s culture.

“We work pretty hard to cover fighting game news, but we also like to have a lot of fun in the process,” he said. “This is another way to get to know our potential co-worker, since our entire interview process is held online.”

Still, this doesn’t make the requirement any less controversial, and the gaming community remains torn.

Lol Eventhubs is back at it again. They've had their playing test for years and I've always thought it was wack. Half the shit EH writes about anyway doesnt require any true "expertise" in the first place. A good writer seeks out relevant info in the first place.

eventhubs has played sf4 and sfv internally throughout the years, as part of their culture. i don't see why this would not continue with smash and also don't think it's a make or break type of criteria, really just a way to screen ppl cuz they get a ton of applicants

Who fucking cares that EventHubs job listing requires playing a first to five. You aren't getting hired if you can't write well even if you're really good at the game. But being good at the game does mean you have a deeper understanding of it which is a plus.

A lot of discourse going around about the EventHubs job post. Obviously having a fundamental knowledge of the game you cover matters. But being good at a game does not = having a strong knowledge of the scene & being able to tell compelling stories. I'd hope EH editors know this https://t.co/uaM6DaCe8t

EventHubs is just the latest battleground for a much larger and divisive issue: Who gets to be a games journalist? Some players believe the industry’s reporters should be particularly competent (if not masterful) at practically every game they cover. They must be a gamer among gamers, one that lives, breathes, and devours gaming 24 hours a day.

Esports reporter Sabriel Mastin regularly covers Blizzard Entertainment’s first-person shooter Overwatch for Overbuff’s blog. She was surprised by EventHubs’ requirement, in part because she believes there’s a fundamental difference between analyzing a game as a journalist and demonstrating technical skills as a player.

“For example, I cover Overwatch from general news to the highest levels of the game with the Overwatch League,” she told the Daily Dot. “I understand it at a very high level, but I’m in the middle of the competitive ladder. […] That doesn’t mean I don’t understand high-level plays and strategies of what the pro players are doing.”

Most gamers make assumptions about games journalists’ skill levels based on out-of-context paragraphs and stray gameplay clips. Doing this doesn’t accurately portray a critic’s ability to play, understand, and write about games. In fact, it can be a downright cruel tactic utilized by the gaming community’s right-wing figures.

This is exactly what happened to GamesBeat’s Dean Takahashi. In the games industry, Takahashi regularly breaks stories and approaches controversial news with a level head. If you’re a games journalist, he’s a role model for your own career. But if you’re just a regular gamer who doesn’t track the industry’s most important writers, you probably know Takahashi for his abysmal Cuphead gameplay.

In a viral video, Takahashi struggles to clear Cuphead’s easiest part by far: its tutorial. One scene shows him unable to clear a tall pillar for over a full minute, despite the fact the game walks the player through how to pass the obstacle. Without context, the video implies Takahashi is a clueless writer who barely knows how to use a controller.

But an explanatory post written by Takahashi paints a different picture. While previewing the game during Germany’s Gamescom trade fair, he “was messing around at first” and “wasn’t focused and serious until I had warmed up,” which means he easily missed clues telling the player how to complete the tutorial. This makes a lot of sense if you’ve ever been to a gaming convention as a member of the press. With so many games to preview, interviews to conduct, and time-sensitive stories to write, it’s impossible to give a game the same undivided attention as you would at home.

Takahashi figured the clip was funny to watch, and so GamesBeat posted the preview online. It subsequently blew up, and the segment was used by right-wing gamers to depict games journalists as lazy, inept, and incompetent liars pushing a liberal agenda into games. Nearly two years later, the controversy echoes a point Mastin made about the EventHubs job listing: In a world with Gamergate, “skill” is used to gatekeep marginalized players and determine who is (or isn’t) a real gamer.

“It can certainly feel that the conversation is coming from right-leaning people, especially after being around during [the Gamergate] era,” Mastin said. “The ‘discussion’ has the vestige of that time when we’d hear, ‘Game journalists need to be objective, taking out any emotion from the game.’ I don’t remember the discussion about being ‘good’ popping up before that time.”

But a skilled gamer isn’t necessarily a skilled reporter. Journalism has its own requirements for basic competency: a strong voice, a powerful command of the written word, the people skills necessary to talk to sources, and the humility required to cooperate with an editor and revise a story. These are not necessarily things you can learn from playing Super Smash Bros. Ultimate or Overwatch. On some level, you have to sacrifice in-game time to focus on becoming a better reader, writer, and communicator. If that means you occasionally struggle with a difficult game like Sekiro: Shadows Die Twice or Enter the Gungeon, then so be it. That doesn’t make you any less of a games journalist.

But in a world infested with Gamergaters, it’s hard to read a job posting like EventHubs’ in good faith. If you’re not a pro gamer, you’re an SJW charlatan.

“When you’re looking for a journalist and you begin to imply [applicants must prove skill], intentional or not, you begin to appear like you’re speaking to a certain subset of gamers,” Mastin said. “You’re also potentially scaring away people. Plenty of people, and I feel women in particular, are going to see that [as] yet another test to prove oneself.”