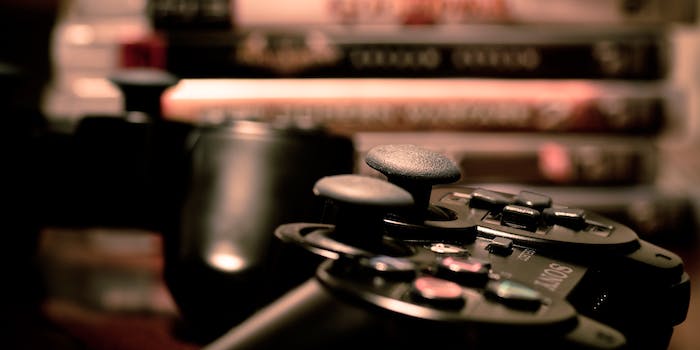 Journalist hits back at Gamergate over ethics accusations

The video game columnist for the Boston Globe penned a widely shared post on Sunday telling Gamergaters who complained about his Gamergate coverage that they need to be honest about their motives.

Jesse Singal, senior editor of the New York Magazine website also covers the video game beat for the Boston Globe. On Sept. 20 Singal published a story for the Globe about Gamergate and what it stands for. Singal concluded that Gamergate was “a tangled conversation over gender and misogyny.”

Gamergate supporters, posting in the KotakuInAction subreddit, complained that Singal’s piece was poorly researched and failed to acknowledge many Gamergaters’ claims that the movement is about ethics in video game journalism.

On Sunday, Singal responded directly to his critics on Reddit by talking about his experience trying to research the Gamergate movement.

“As a journalist trying to be fair-minded about this, you can’t fucking win. If I’m arguing with someone from the NRA or the NAACP or some other established group, I can point to actual quotes from the group’s leadership. With you guys, any bad thing that happens is, by definition, not the work of A True GamerGater. It’s one of the oldest logical fallacies in the book,” Singal wrote.

He goes so far as to argue that owing to a lack of defined leadership or a formally written and accepted platform, there actually is no such thing as a Gamergate movement, as demonstrated by the infighting taking place among its supporters as to what Gamergate does or does not stand for.

The only common denominator Singal found during his Gamergate research on Reddit, and 8chan, and through reaching out to Gamergate supporters on Twitter and in Google Hangouts, was anger over progressive political sentiment taking its place within video game culture.

“After my HuffPost Live appearance, I was invited into a Google Hangout about GamerGate by Troy Rubert, aka @GhostLev. I accepted, and when I got in just about everyone who spoke openly talked about how mad they were that progressive politics and feminism were impinging on gaming, which they saw as an area they had enjoyed, free of politics, forever. They were extremely open about this,” Singal wrote.

Singal’s perspective falls largely in line with other efforts to understand Gamergate being published in the mainstream press. MSNBC, CNN, the BBC, the Guardian, the New York Times, the Washington Post, and TIME, are among the outlets that have covered Gamergate as a movement targeting women in the video game industry.

“So I’d make a call, one last time, for honesty: Stop pretending this is about stuff it isn’t. Acknowledge that you do not want [progressive voices] in gaming, that you want games to just be about games. Again: I disagree, but at least then I (and other journalists! you do want coverage, don’t you?) could at least follow what the hell is going on. If your movement requires journalists to carefully parse 8chan chains to understand it, it gets an F- in the PR department,” Singal wrote.