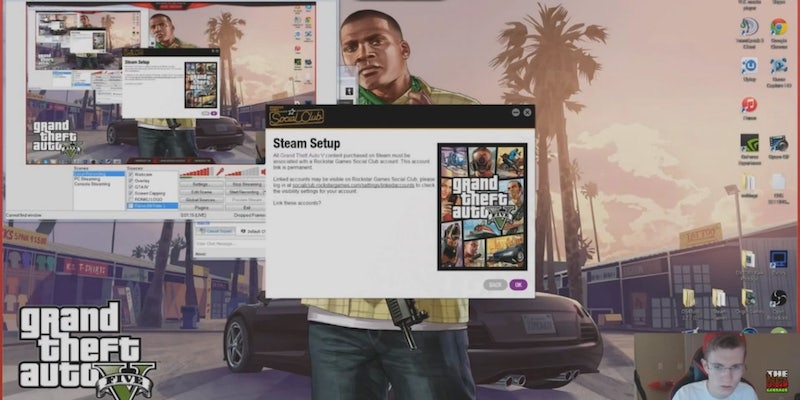 A case study in how not to stream games online.

Protip: When live streaming your game installation for an audience, don’t show the world your game codes.

The purchase of a game on digital distribution network Steam generates a 15-digit code, that is then used to unlock the game on the buyer’s Steam account. Until the code is redeemed there is absolutely nothing tying it to the Steam account of the user who made the purchase.

A livestreamer clearly didn’t consider this carefully, as he shared his Steam code for Grand Theft Auto V with everyone watching his livestream of his game installation.

YouTuber TheRabidCabbage posted on Monday a video of the livestreamer discovering that his Steam code for GTA V had already been used. In the video, the livestreamer is trying to link his copy of the game to the Rockstar Social Club, a necessary requirement to access some functions of the game. Then he discovers that someone already used his Rockstar Activation Code, which meant someone also had used his Steam key.

If you skip to 1:55 in the video below, you can clearly see that this livestreamer left his Steam code for GTA V up on the screen for more than 10 seconds, which is plenty of time for a viewer to realize the code was on display and grab a screenshot.

The moral of the story for video game livestreamers? Start your stream after you’ve installed the game.