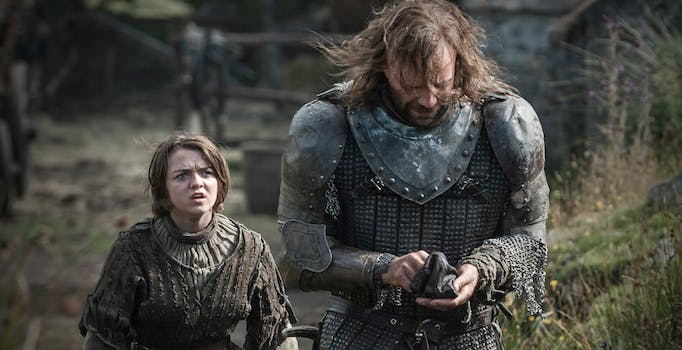 If you're the kind of person who watched all of the Lord of the Rings DVD features, you'll love this.

HBO’s Game of Thrones documentary airs on Feb. 8, hopefully tiding us over until the beginning of season 5.

The half-hour special, titled “A Day in the Life,” will give fans a behind-the-scenes look at all the work that goes into making Game of Thrones. The show has a bigger budget and more extensive cast than many feature films, so we’re expecting this to be something along the lines of those Lord of the Rings DVD featurettes that kept fans occupied for weeks in the early 2000s. Come to think of it, how is HBO planning to fit an entire season’s behind-the-scenes action into just half an hour?

The documentary will visit GoT‘s film sets in Croatia, Spain, and Northern Ireland, and give us some insight into how HBO manages to film such an insanely complicated show in just a few months each year. However, if we know Game of Thrones fans (and we like to think we do), most viewers will be more interested in picking apart this documentary in search of clues about the show’s upcoming fifth season. The next episode airs in April, and three months is a long time to wait.