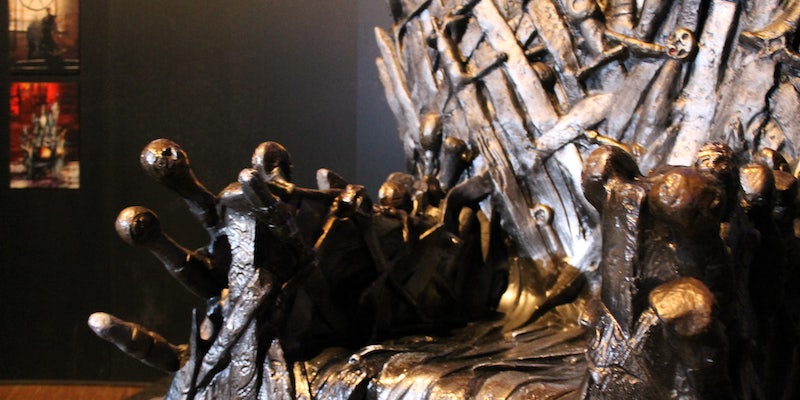 In the game of Uber, you sit or you ride.

You probably won’t ever be king or act like one, but for a few fleeting moments, you can look like one by sitting the Iron Throne.

Uber, the Lannisters of tech startups, is teaming up with HBO Now April 16 and April 17 to bring Game of Thrones’s iconic seat straight to New Yorkers so that they may finally get to sit upon the Iron Throne without all of the bloodshed (or politics) that comes along with it—as long as you’re located between 14th and 59th Street and between Lexington and Ninth Avenue.

From 11am to 5pm, those in New York can enter the promo code “ThroneRides” onto the Uber app and select either Pedicab or Throne. When you select Throne, a with an Iron Throne will be sent to you for a photo opportunity.

We can only wonder if this would’ve helped Joffrey Baratheon live longer, but we’re probably glad it didn’t. The downside to this throne? Although it’s wheeled to you in a car, you won’t be able to actually travel around New York in style while confined to your own King’s Landing.

Of course, you also have the option to request an Iron Throne pedicab for you and one other person to ride through the city for up to 30 minutes within the same boundaries as the throne photo op.

No word yet on whether this is some elaborate ruse to put on a Red Wedding-esque bout of marketing betrayal.