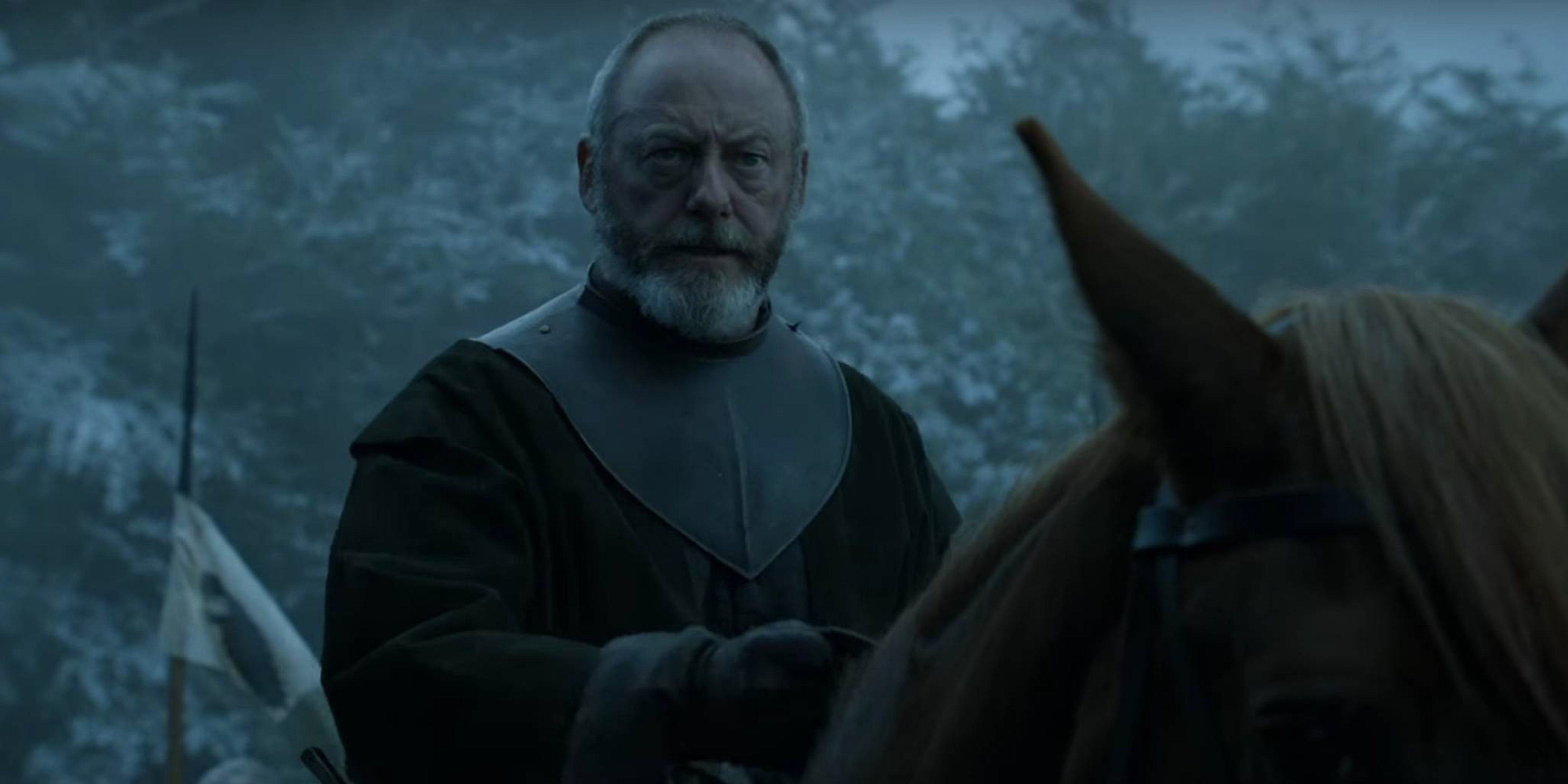 It's all in the details.

Monday was an especially big day for Game of Thrones fans, who not only got a new trailer to watch on repeat and analyze, but also three new scenes from the upcoming sixth season. And fans are wasting no time in beginning to analyze them.

With less than two weeks until the show returns, the latest trailer reveals even more of the battles and strife ahead for the characters we know and love.

“The real war is between the living and the dead,” Davos Seaworth warns the audience and whomever he’s addressing. “And make no mistake, the dead are coming.”

With the focus more on the White Walkers than ever before, it’s clear that Davos is right.

The new scenes feature Jaime and Cersei Lannister talking about the loss of their daughter; Sansa Stark and Theon Greyjoy’s attempts to run away from Ramsay Bolton’s dogs; and Daenerys Targaryen entering the Dothraki stronghold Vaes Dothrak, where widows of khals are supposed to live.

The first two scenes take place during “The Red Woman,” while Dany’s return to a place she hasn’t visited since season 1 is in either the second or third episode.

The footage is action-packed and intriguing—more than enough for fans to begin their fevered speculation.

1) Fun with Westerosi flags and banners

House identity is incredibly important to the many families of Westeros. It’s the banner they fight under, and—in the case of the flags of powerful families like the Targaryens, Lannisters, Tyrells, Martells, Arryns, Tullys, and Starks—it’s a sign of lesser families’ loyalties in regional matters.

The flags in the trailers not only reveal where various characters are heading in Westeros, but also their loyalties this season. The banners even reveal potential allies.

In the middle of the trailer, Davos appears to be gearing up for a big battle—likely the one between the Boltons, the wildlings, and the other Northern families. What’s curious is the one flag you can see just over Davos’s shoulder: The Stark sigil.

Later, as Davos goes on about the war between the living and the dead, you can see another sigil on the wall. It’s a bear, and it matches the sigil of House Mormont, Jeor and Ser Jorah’s family. You may recall a rather memorable note sent by 10-year-old Lyanna Mormont, the lady of Bear Island, to Stannis Baratheon last season. It read, “Bear Island knows no king but the king in the north, whose name is Stark.”

Davos wasn’t able to rally the Mormonts earlier—the idea of anyone but the Starks ruling the North was so unpopular that Ramsay had to marry Sansa last season to be accepted by the other families—but this time he might have someone on his side who could help: Sansa.

The eldest Stark daughter is dressed in proper family furs, and at one point she appears to be in the same area as Davos during that battle. She’s also more than ready to see her husband slaughtered.

Sansa escaped Winterfell with Theon, but he’s nowhere near her in this trailer and looks more miserable than before he left. Did he end up right back where Ramsay wants him?

2) Everyone’s in the Riverlands

In A Feast for Crows, both Jaime and Brienne of Tarth spend much of their time in the Riverlands to, respectively, overtake Riverrun after the Red Wedding and search for Sansa. Those plots were put on hold last season, but it looks like they’ll both be in the Riverlands this season.

You can see Jaime riding through campgrounds in the trailer.

In Brienne and Podrick Payne’s case, they’re in a hall where the sigil of House Tully is clearly visible. But what has happened to them since the Red Wedding resulted in Robb and Catelyn Stark’s deaths and Edmure Tully’s imprisonment, along with the capture of most of their soldiers? Brynden Tully is likely still a valuable player.

With their characters being close once more, one has to wonder if Game of Thrones will finally bring Lady Stoneheart to life—or if that’s just a lost cause at this point.

Toward the end of the trailer, a man whose face we don’t see grabs Brienne’s young squire from behind.

But maybe we do know who’s grabbing Podrick. Some fans have deduced, both by looking the man’s sleeve and by a close examination of his ears, that it’s Bronn, now Jaime’s right-hand man. But is it for Bronn’s own safety, or will his reason be something more nefarious?

4) How far the khaleesi hath fallen

When we see Dany heading toward Vaes Dothrak in the trailers and clips, she’s walking. Most people might not give this a second thought—after all, she’s not exactly going there of her own choosing—but it’s a subtle reminder of the inner workings of Dothraki culture.

At one point in season 1, Viserys is forced to walk with the Dothraki slaves instead of riding a horse—a sign of being a man—and he’s mocked for it afterward. Even though she was once a khaleesi, forcing her to walk alongside the khalasar’s slaves is a sign—one of many—that these men are not like the ones she encountered before.