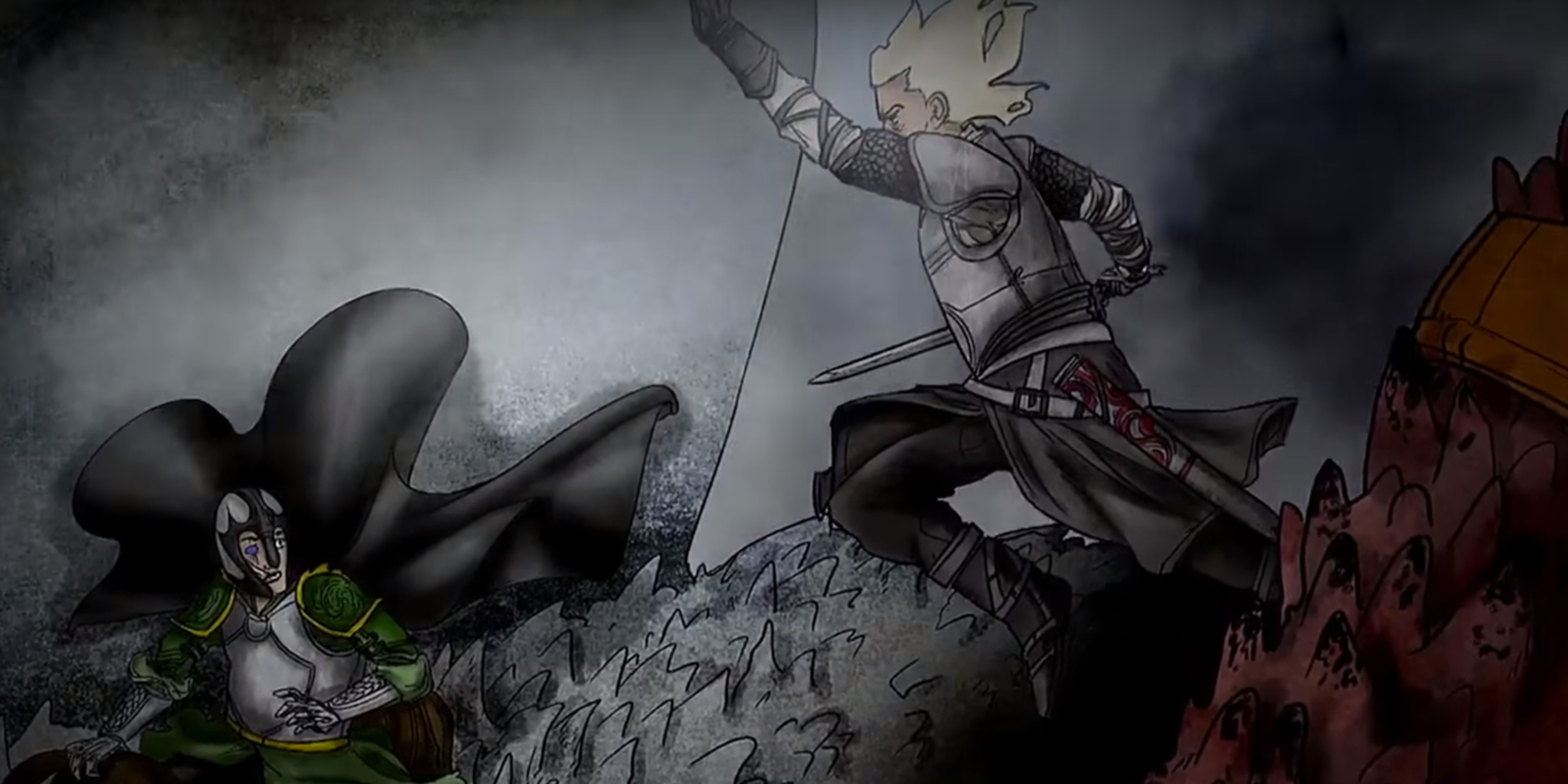 The great civil war of Westeros brought to life.

Game of Thrones may encompass the vast and complicated storytelling of modern-day Westeros, but one of the older and more devastating parts of Westerosi history is finally getting the gorgeous retelling it deserves.

A 20-minute animated feature called “The Dance of Dragons” produced by Lindeman & Associates’ Adam Vadnais will be included with the Game of Thrones season 5 Blu-ray set. It illustrates the Targaryen civil war that took place nearly 200 years before Game of Thrones between Queen Rhaenyra I and King Aegon II. It ultimately determined the line of succession in the Targaryen line and helped bring the extinction of the Targaryens’ dragons—at least until Daenerys hatched her three dragons centuries later.

The preview, hosted by IGN, showcases a particularly fierce battle between Prince Aemond and Prince Daemon in the sky above Harrenhal while riding their dragons. This particular segment is narrated by Pedro Pascal, who portrayed Oberyn Martell, but it will also include voice overs from other dearly departed cast members such as Mark Addy (Robert Baratheon), Michelle Fairley (Catelyn Stark), Jack Gleeson (Joffrey Baratheon), Harry Lloyd (Viserys Targaryen), and Kerry Ingram (Shireen Baratheon).

“When HBO and Adam Vadnais broached the idea of adapting The Dance of Dragons for the Blu-ray special features, I was thrilled,” Game of Thrones writer Dave Hill told IGN. “ I loved the story as George had written it and felt honored to help bring an animated version to the fans. Every year I try to keep the scripts worthy of the incredible work that I know to expect from Adam and his team. This year, more so than ever, they’ve set the bar astronomically high with the Dance of Dragons featurette. Winter will eventually come, but not the day that Adam and his team fail to amaze me.”

Show viewers will recall part of the story from the season 5 episode “The Dance of Dragons.” Shireen was reading a book written about the Dance of the Dragons and told both Davos Seaworth and her father Stannis about it.

While it served as a great way to drop some Westerosi history for those who don’t read the books, it was ultimately revealed as a hint of foreshadowing. Stannis sacrificed Shireen in order to ensure victory, and House Baratheon was never the same.

But outside of the show, not every part of the Dance of the Dragons is known. Information is spread throughout a number of books and stories written in-universe or by George R.R. Martin, but he plans to publish a full history of that civil war—at 80,000 words—in the book Fire and Blood.