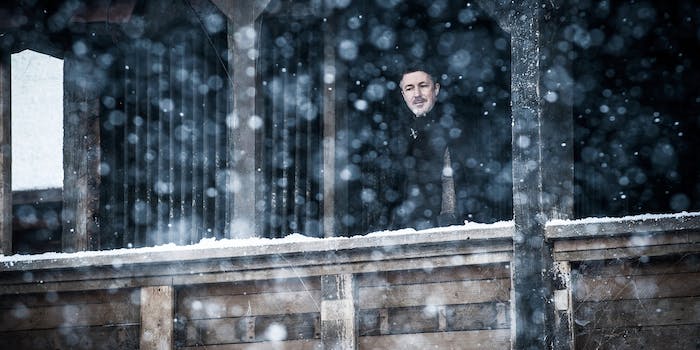 The next ‘Game of Thrones’ episode has leaked online

It appears to be unrelated to the HBO hack earlier this week.

The next episode of Game of Thrones has leaked online ahead of its Sunday night airing after hackers breached HBO’s systems earlier this week.

The video leaked is low-quality and has been shared on Reddit through Google Drive and other links in at least one subreddit where discussion of spoilers takes place freely. Screenshots of the episode are being shared on Reddit and Twitter, so those trying to avoid spoilers for the upcoming episode should use caution when browsing online for the next two days.

The Daily Dot has reached out to HBO for comment.

According to Entertainment Weekly, the leaking of “The Spoils of War” is unrelated to the breach of HBO’s data by a hacker going by the moniker little.finger66, which included the initial leaking of a script outline for “The Spoils of War.” This leak appears to have came from Star India, an international partner of HBO, and a screenshot of the title card obtained by the Verge shows a watermark for Star India as well as a warning that the video is “for internal viewing only.”

A spokesperson for Star India told Entertainment Weekly, “We take this breach very seriously and have immediately initiated forensic investigations at our and the technology partner’s end to swiftly determine the cause. This is a grave issue and we are taking appropriate legal remedial action.”

It’s not the first time that HBO has had to deal with Game of Thrones leaks. Four episodes of Game of Thrones’ fifth season leaked ahead of time, which led HBO to stop releasing Game of Thrones preview screeners to reporters. The season 6 episode, “The Door,” also leaked after HBO Nordic accidentally posted the episode a day early. However, those were isolated incidents, whereas this Game of Thrones leak as a result of HBO being breached is more comparable to what happened with Orange Is the New Black and Pirates of the Caribbean: Dead Men Tell No Tales.

In the initial HBO breach earlier this week, a hacker going by the moniker little.finger66 released upcoming episodes of Ballers and Room 104 and a script outline for Sunday’s Game of Thrones episode. The hacker threatened to release more information after the initial leak, which included around 1.5 terabytes of data and is reportedly seven times larger than the Sony hack in 2014.

And while reported leaks of what happens in Game of Thrones’ seventh season have been circling online for months, it took some digging to find them. Now, with the episode out there, fans who wish to remain unspoiled will have to be extra cautious.