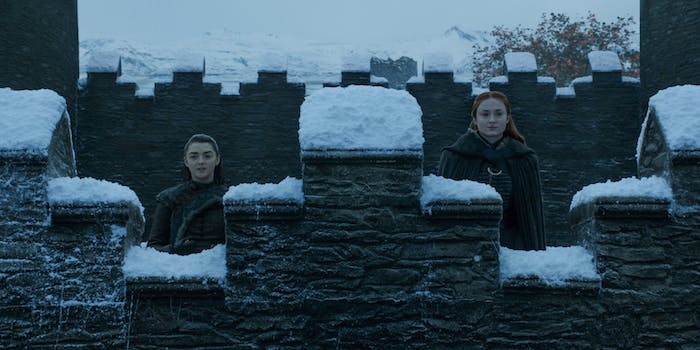 The 8 biggest problems with ‘Game of Thrones’ season 7

Not everything worked this season.

Game of Thrones’ seventh and penultimate season is over, and the Long Night has finally arrived. As our wait for season 8 begins, fans are already looking back at the past season to see what they might’ve missed and examine what didn’t work.

The show has had uneven seasons before—season 5 tends to come to mind—but with a short episode count, heightened stakes, and the narrative going completely going off-book, some of the show’s highs and lows were more on display than usual.

1) Political intrigue has taken a backseat to high fantasy

Game of Thrones season 7 was about setting up the chessboard for what will be the fight for the fate of Westeros. We spent several episodes following the very human war for the Iron Throne, but after “Eastwatch,” the pieces started to crumble at an unforgiving speed.

Telling the deeply rich and very human political drama with elements of high fantasy has, of course, always been a balancing act. People like both sides of the story for very different reasons—or might prefer one over the other—but with the death of Littlefinger in the season 7 finale, much of the game of wits goes with him. It begins the setup for the endgame between the living and the unforgiving dead. There will still be more politically fragile alliances, but any mistrust might fall by the wayside while they fight the Night King’s army.

The last few episodes have especially given way to a fantasy epic that’s a spectacle to behold but provides little in the way of political chess. We might get the bittersweet ending George R.R. Martin has promised for some time, but Game of Thrones version of the battle for the living doesn’t offer much nuance. The showrunners know how Martin’s story will end, but they’ll have to figure out how to pull the show’s pieces together to get there.

Although the very first episode of Game of Thrones played with time to make Robert Baratheon’s arrival in Winterfell happen quickly, the overall pace of the show seemed more natural than the rapid jumps seen in season 7. The continent of Westeros is a massive piece of land, so characters couldn’t blink and travel from Dorne to Winterfell in an instant. They’d disappear for an episode or two while they traveled off-screen. Samwell Tarly and Gilly’s trek from the Wall to Oldtown took all of season 6 with a quick stop at Horn Hill for an awkward meet-the-parents moment.

However, that steady momentum is no longer the case. Petyr Baelish’s swift speed in earlier seasons may have sparked jokes and memes among fans, but it was an exception. We saw a bit of it in season 6 with the convergence of Daenerys Targaryen’s fleet with the Greyjoys, the Reach, and Dorne, but it went full speed in season 7 as the show—with a finite number of episodes left—didn’t have the luxury to spend several episodes on the Kingsroad.

For some fans it was jarring, but none more so than in the penultimate episode, “Beyond the Wall.” In the span of a day or two (director Alan Taylor kept it intentionally vague), Gendry ran all the way back to Eastwatch-by-the-Sea, had a raven sent to Dragonstone, Daenerys traveled north to save everyone, lost her dragon, and then waited at the Wall for Jon Snow to—against all odds—return.

Yes, it’s a fantasy show, and it’s hard to calculate the travel speed of winged creatures that don’t exist in our world. But that on top of Jon surviving a subzero lake plunge without dying of hypothermia was a stretch too far. Although as Luka Nieto, who writes for Watchers on the Wall, pointed out, some of the things people criticized the episode for (like the chains used to pull Viserion out of the lake) were there all along.

It shouldn't even matter where the WW got them. But we SEE where! Viserion fell right next to an ancient dock wrapped in chains (3/9) pic.twitter.com/itwXKzphy6

Chances are, we’ll see even more of this next season. It likely won’t take long for all of the characters (aside from Cersei Lannister and her army) to reach Winterfell; it’ll probably happen during that hiatus. When you’re facing the Army of the Dead, travel time becomes less relevant, and so long as Game of Thrones sticks the landing, we might have to overlook the impossible travel speeds.

Once among the most powerful schemers of Westeros, Petyr Baelish finally found himself at the end of the line. In a moment designed to look like a trial for Arya Stark, Sansa quickly turned the tables on her longtime teacher. She listed all of his many crimes against her family, her mother, and herself. Throw in a knowing line from Bran, and justice was swift.

During the trial, Sansa and Arya were on the same side and gave us the Stark sister team up we’ve been waiting for. However, by all appearances, it was a recent (and off-screen) development as they revealed their cards only when it was time for Littlefinger to see them. And Bran, who’s present for the trial, probably helped too.

Given all of the theories that rose out of this plot, fans had hoped that Sansa and Arya were really working together or that at least one of them had figured out Littlefinger’s ploy. With both of their collective experiences, the should have trusted Littlefinger far less—even if they didn’t yet trust each other. The plot was designed to make people fear that one of the Stark sisters would kill the other until those final moments where Littlefinger’s crimes were on display for everyone to see.

Problem is, it never really worked, and instead of building tension, it just frustrated everyone.

Another one of the major criticisms about Jon Snow’s venture north in “Beyond the Wall” and Dany’s rescue—aside from time, travel, and pacing—was that despite the nearly impossible stakes everyone found themselves in, we never really worried about our heroes’ survival.

Who did they lose? Aside from nameless free folk, they lost Thoros of Myr and one of Dany’s lesser dragons. They’re both emotional moments, but with the exception of one shot of Tormund Giantsbane being nearly pulled down into the frozen lake, there was never much fear about whether the other characters would get out alive. It’s a similar scenario that played out during the Battle of the Bastards as the only major deaths to occur on Jon’s side were Rickon Stark (who we hadn’t seen in years) and Wun Wun the giant. Hardly stakes-raising.

Jon Snow may have died at the end of season 5, but the Lord of Light brought him back for a reason—and it wasn’t to die in a frozen lake no matter how much he logically should have. Now that he’s officially a secret Targaryen king and a would-be Prince That Was Promised, he’ll likely survive longer than most. Dany has a similar importance to the story.

Despite everything that happened in that finale, Littlefinger was the only major death. It’s monumental given the history, but in the long run, he’s a schemer who wouldn’t have had much effect on the end game anyway.

5) Bran is the Three-Eyed Raven of exposition

We knew that when Bran became the Three-Eyed Raven things would be different for the youngest-living Stark child. But so far, his character has been rather inconsistent.

He’ll state he knows everything before being proven wrong mere seconds later. He lost enough of himself that some of his interactions come off as creepy, like when he apologized to Sansa for what happened to her. He witnessed Lyanna Stark’s death last season, but it took an entire year for him to recognize the very Targaryen name Lyanna gave his long-believed bastard brother. And he’d state that Jon is a Dornish bastard named Sand until Sam tells him about Rhaegar’s secret marriage.

The rules of what Bran knows and what memories he can access are unclear, which can affect the execution.

Bran will likely still play a big role in the Great War next season because he can spy on the Night King—and as far as we can tell, he saw the Wall come down. But what will he do aside from tell Jon the truth about his parents and his legitimacy? And will he be able to show Jon and his siblings any of the visions he’s seen?

6) Rhaegar Targaryen and Lyanna Stark were kind of assholes

The Game of Thrones season 7 finale revealed once and for all that Rhaegar and Lyanna loved each other, ran away together, and married. They were able to do it after Rhaegar appeared to abandon his first wife and children with an annulment, and their union led to war, destruction, and death. Left almost entirely out of this conversation? Elia Martell.

She might have known (or even encouraged) Rhaegar’s actions in the books, but here she’s an almost nameless (and faceless) player cast aside for love with none of her agency. And neither does Lyanna, whose entire family is left unaware as they fought a war for her (and her recently murdered father and brother) based on a lie.

7) A longstanding theory intercut with incest

Bran and Sam’s discovery in “The Dragon and the Wolf” is more than 20 years in the making. They piece it together in a scene that parallels Rhaegar and Lyanna’s love for one another to signify that Jon and Dany’s encounter on that ship as more than lust. But in the wake of R+L=J being confirmed, Rhaegar and Lyanna’s marriage revealed, and Lyanna finally stating Jon’s real name, intercutting it with Jon and Dany’s incestuous union felt cheap to some fans—not to mention potentially awkward with Bran’s voiceover. But as the showrunners said in a behind-the-scenes video, cutting it all together really got the point across that yes, there’s love, but boy are there complications.

It happened, but given that winter is here, this Lannister soldier probably won’t make it out alive.