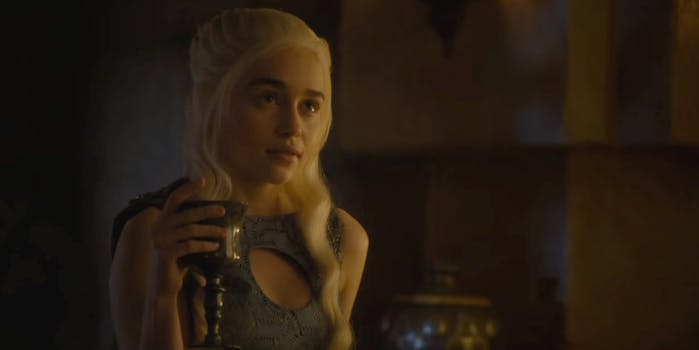 The fourth season hasn’t even finished airing yet and we’ve already got an idea of which characters will be in Season 5.

Warning: This article contains spoilers from the next season of Game of Thrones as well as A Feast For Crows and A Dance With Dragons.

The fourth season of Game of Thrones hasn’t even finished airing yet and we’ve already got an idea of which characters will be in Season 5.

That’s because an “unofficial source” allegedly leaked the casting list to Winteriscoming.net earlier this week. The show is reportedly scouting locations to shoot in Spain next season, which fans speculate could mean we’ll finally be going to Dorne, the kingdom that Oberyn Martell calls home.

The casting call (if it’s legit) also suggests we will be spending a lot of time in Dorne next season, no matter where the scenes are shot. There could also be some more changes from the books.

The biggest character being cast by far is Prince Doran Martell, Oberyn’s older brother and the the Lord of Sunspear who is often confined to a wheelchair. His son, Trystane, has been aged up for the show, and Areo Hotah, Doran’s personal bodyguard, will appear in many of the episodes.

You may remember Oberyn talking to Cersei about his daughters earlier this season, and now we finally get to meet some of them. In the books he has eight bastard daughters (known as the Sand Snakes), but on the show we’ll get to meet three of them, ranging in age from 18 to 25: Obara, Nymeria, and Tyene. And we’re sure to see Myrcella again, who’s only been mentioned by name since Season 2.

A number of other characters, such as Maggy the Frog (who will appear in one episode), Lollys Stokeworth, the woman Bronn intends to marry, and Septa Unella, who will interact with one of the characters already on the show.

Aside from some intriguing departures from the books that will play out next season, the casting call notes the bigger range of diversity specified in each characters. They’re looking to cast Latino actors as the Martells—Nymeria Sand, in particular, has a mother with darker skin and is described as “mixed race”—and they’re looking to cast a black actor as Areo Hotah. They’re also interested in casting the Waif, a woman who interacts with Arya, as a “woman of Eastern Asian descent.”

Noticeably absent from the casting list is Arianne Martell, the oldest daughter of Prince Doran, and Euron and/or Victarion Greyjoy, Theon and Yara’s (Asha in the books) uncles who play a big part in the books. However, it’s entirely possible that those roles aren’t on the list because actors have already been cast for the parts.

H/T Winter Is Coming | Photo via Game of Thrones/YouTube