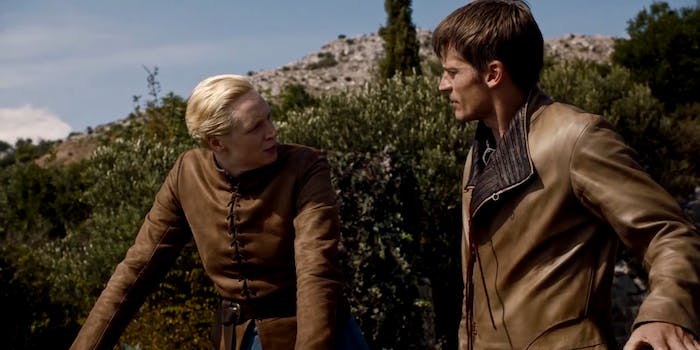 Fans already got a look at the show’s season 4 blooper reel at San Diego Comic-Con last July to the delight of everyone. But those who attended the Game of Thrones Exhibition in London got an additional treat in the form of another blooper reel, according to Watcher on the Wall.

In a few fleeting moments, we learn quite a bit about what goes on behind the cameras. For all the seriousness, there’s still plenty of silliness involved, along with Ser Pounce’s diva-like tendencies.

For all the forgotten lines, there’s plenty of coughs, laughs, and stumbles along the way—and that iron throne doesn’t look nearly as impenetrable as we once thought.

H/T Watchers on the Wall | Screengrab via GameofThrones/YouTube