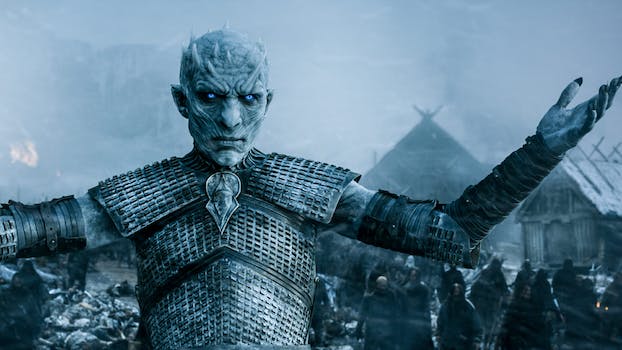 Fans are cautiously excited about HBO’s ‘Game of Thrones’ prequel

It will take place thousands of years in the past.

Good news for those who’ve already begun mourning the end of Game of Thrones—HBO has officially ordered a pilot for a prequel series for the TV show.

The series will take place thousands of years before the original series began. According to Business Insider, here’s the network’s official description:

“Taking place thousands of years before the events of ‘Game of Thrones,’ the series chronicles the world’s descent from the golden Age of Heroes into its darkest hour. And only one thing is for sure: from the horrifying secrets of Westeros’s history to the true origin of the white walkers, the mysteries of the East, to the Starks of legend … it’s not the story we think we know.”

George R.R. Martin wrote in the Game of Thrones book series that the Age of Heroes began 10,000 years before the events of his books. If the series stays true at all to what the books have covered—and that seems only semi-likely—viewers could get to see the construction of the Wall and Winterfell, the Long Night (the winter that lasted a generation), and the major war against the white walkers.

Because showrunners David Benioff and Dan Weiss elected not to be involved, the prequel will be written by Jane Goldman (Kingsman: The Secret Service, X-Men: First Class, Kick-Ass) and Martin.

Goldman won a “highly unusual bake-off” that HBO held last fall between five different writers, each tasked with developing a Game of Thrones follow-up series, according to Entertainment Weekly. Apparently, the idea was to maximize the network’s chances of finding a successor that fans would embrace, since inevitably many diehard fans may scoff at a spinoff that’s not based on the books. Sources say the other four prequel ideas are still under consideration.

So far, fans sound cautiously excited for the prequel.

#GoT prequel series set a THOUSAND years before A Song of Ice and Fire?! Smart. Gives them a lot of freedom to play in a familiar world. #GameofThrones

The 'Game of Thrones' prequel is starting to take shape, and I'm cautiously excited for the Age of Heroes settinghttps://t.co/8bHkQlYZqk

I wasn’t expecting the Game of Thrones prequel to sound actually really good.

So there's going to be a GAME OF THRONES prequel…the birth of westeros, down to a thousand years before the mad king, the targaeryan family, and the origin of white walkers.

Of course, HBO won’t release the prequel until at least 2020, after the network wraps up the eighth and final season in 2019.