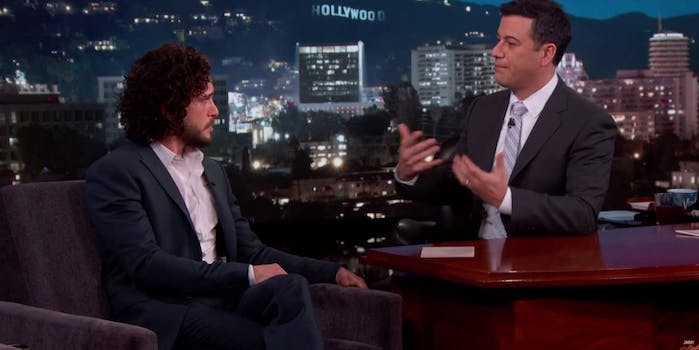 If you try hard enough, you can make anything into a convincing Jon Snow impression.

Jon Snow‘s role on Game of Thrones is pretty simple: hit things with swords and look miserable while speaking in a Northern accent. This makes him prime fodder for celebrity impressionists, three of whom appeared on Jimmy Kimmel Live to be judged by actor Kit Harington himself.

Kimmel made the three YouTubers perform their Jon Snow impressions on the show—with a twist. Instead of repeating familiar Game of Thrones dialogue, they did things like reading out a Pantene shampoo bottle in the style of Westeros‘s favorite bearded bastard.

Eat your heart out, Harington.