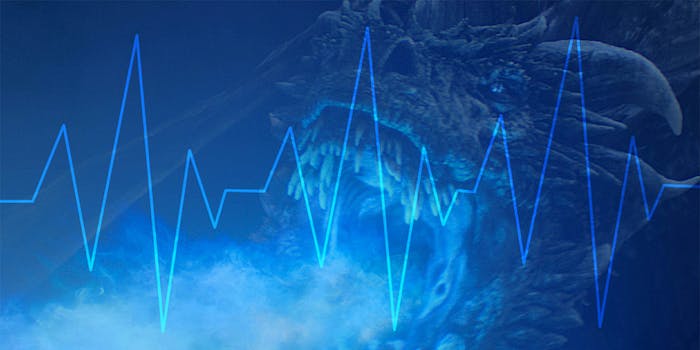 A (literally) pulse-pounding episode if there ever was one.

The Battle of Winterfell has come and gone, but scientific evidence of fans getting absolutely shook by all the tragic deaths and undead stabbing is here forever. Some Game of Thrones fans happened to have their smartwatches and other wristwear on during the episode’s high-stakes theatrics. It turns out a lot of them might want to watch their health a little more closely, as the episode evidently raised their heart rates and alerted their smartwatches.

First, you had the accessories that were just a bit too insistent.

My Smart watch buzzing at me the entire episode. NO. I CANT RELAX. #GameofThrones pic.twitter.com/qFVb2rWdxW

My heart is beating so fast, my smart watch asked if I needed medical attention! Yes… they turned Lyanna, you MF'ers! #GameofThrones pic.twitter.com/hZ7owxFDPo

We’re honestly surprised no one is reporting accidental ambulance calls.

Some folks might have brought snacks and their fanciest sweatpants for the episode, but some folks were clearly getting their workout in while watching.

My heart rate whilst watching #GameOfThrones this morning was in ‘Fat burning Zone’ for the full duration. No spoilers but it’s a good one. #BattleOfWinterfell pic.twitter.com/pCAzRPY11n

Then, of course, you just had the folks who were stressed as hell.

Game of Thrones…. you’re breaking my heart…. literally my bpm is 125 rn

Game of Thrones Battle has me on the edge of my seat already! Only 15 minutes in n now an advert! Fitbit has my heart rate at 75 bpm and I’ve reset my arse to the back of the seat.

I thoughtI was having heart attack, my resting heartbeat reached 127 bpm!!#GameofThrones#ForTheThrone pic.twitter.com/Zrzl8OByKs

Then there’s this person, whose heart rate seemed to slow down right alongside the final scenes between the Night King, Bran, Arya, and perhaps Melisandre.

My heart literally dropped to 52 bpm during the last portion of the episode… #GameofThrones pic.twitter.com/17c7QepeKr

This guy sounds like he could handle his own during the Battle of Winterfell, what with all the weightlifting and extreme couch cardio.

It was a pulse-pounding episode if there ever was one. Relax that heart rate by reflecting on every major character who died during the battle, and what secrets there are to find in the episode’s final moments.