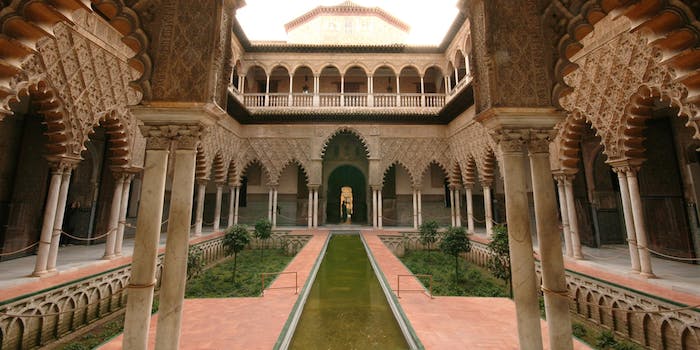 George R.R. Martin gives fans another peek at Arianne Martell’s story from ‘The Winds of Winter’

This plot is very different from the show.

Warning: This article contains minor spoilers for The Winds of Winter.

With the new season of Game of Thrones well underway, George R.R. Martin decided to surprise A Song of Ice and Fire fans with yet another peek into The Winds of Winter, releasing a new excerpt Tuesday night from which the show greatly diverged—and the excerpt is a familiar one for some convention goers.

In the past two years, Martin published Arya Stark and Sansa Stark chapters on his official website roughly coinciding with each year’s new Game of Thrones season, and each time, fans believed that this would be the final chapter released before the still-unknown publication date of The Winds of Winter. But as Martin explained in a LiveJournal post, this one came because he had also published an excerpt from Wild Cards, an anthology he edited, and he knew that fans would complain about a lack of content from The Winds of Winter.

“And… because I know how much bitching I’d get if I offered a new sample from Wild Cards without also doing one from A SONG OF ICE & FIRE…” Martin wrote, “we’ve also changed the WINDS OF WINTER sample on my wesbite [sic], replacing the Alayne chapter that’s been there for the past year with one featuring Arianne Martell. (Some of you may have heard me read this one at cons.)”

Martin stressed that just because he’s released another chapter of his eagerly anticipated book, that doesn’t mean the book is ready to be published.

The newest chapter gives fans even more insight into Arianne Martell, Prince Doran’s firstborn daughter and heir to Sunspear; in Dorne, titles are inherited by the eldest child, regardless of gender. Arianne was cut out of the show, but Ellaria Sand channels some of her thirst for vengeance against the Lannisters after Oberyn Martell’s death. (In the books, Arianne even attempts to put Myrcella Baratheon, who would be Queen in accordance to Dornish law, on the Iron Throne.)

Doran initially appears to be passive about dealing with King’s Landing after Oberyn’s death—just as he is in the show—but he later reveals his cards to Arianne: he’s been planning to avenge the deaths of his sister Elia Martell and her two children for years now, and he even signed a secret marriage pact to wed Arianne to Viserys Targaryen and restore the Targaryens to the Iron Throne. Because Viserys is dead, Doran then sends his other son, Quentyn, to try and woo Daenerys and fulfill the secret marriage pact—a plan that fails spectacularly.

The Martells later learn from a man named Jon Connington that Elia’s son Aegon is alive (though the legitimacy of that claim is a deeply contested matter among fans), and Doran sends Arianne to discover the truth about the boy, which is detailed in Arianne’s first chapter released in 2013.

The newest chapter is a continuation of Arianne’s story (which Martin originally debuted at Worldcon in 2011), as she travels north to meet with Connington and Aegon, a trek done in secret so as to not alert King’s Landing of House Martell’s possible betrayal.

Along the way, Arianne has to control the antics of her younger cousin, Elia Sand (one of the eight Sand Snakes); keep her father updated; and decide whether Connington and Aegon—who have taken Storm’s End—are worth meeting. She also wonders if Daenerys and Quentyn are with Aegon, and what she might do to her.

This new Daenerys Targaryen was younger than Arianne by half a dozen years. What would a maid that age want with her dull, bookish brother? Young girls dreamed of dashing knights with wicked smiles, not solemn boys who always did their duty. She will want Dorne, though. If she hopes to sit the Iron Throne, she must have Sunspear. If Quentyn was the price for that, this dragon queen would pay it. What if she was at Griffin’s End with Connington, and all this about another Targaryen was just some sort of subtle ruse? Her brother could well be with her. King Quentyn. Will I need to kneel to him?

No good would come of wondering about it. Quentyn would be king or he would not. I pray Daenerys treats him him more gently than she did her own brother.

She doubts that Aegon is Elia’s son, but she still decides to go for it.

What she doesn’t know is the threat that Connington brought to Westeros—one that could ruin them all.

You can read Arianne’s chapter in its entirety on Martin’s website, with an archived version here in case Martin replaces the page with a new chapter.