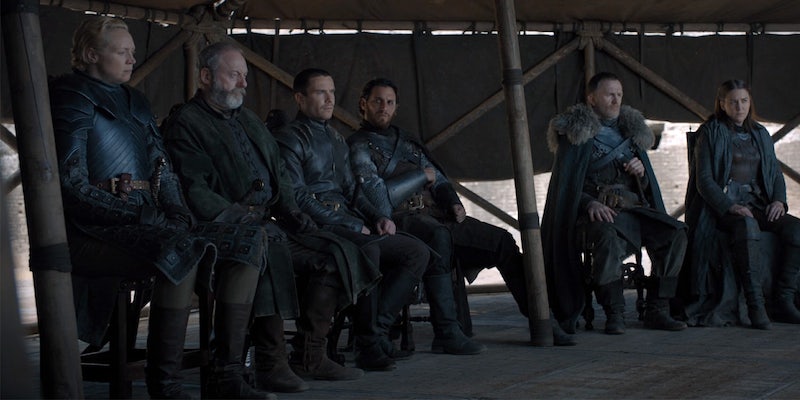 How did this happen again?

Following all the attention paid to that coffee cup in Game of Thrones, you’d think HBO would inspect every remaining episode for anachronistic errors. Well, you thought wrong. In the series finale, fans already spotted a plastic water bottle in the quasi-medieval world of King’s Landing.

The bottle is less noticeable than the coffee cup scene with Daenerys, but plenty of people still spotted it on-screen. It appears in a shot with Samwell Tarly, partially hidden behind actor John Bradley’s foot.

HBO never got to the bottom of who left that coffee cup in the earlier episode, although a new interview with Emilia Clarke not-so-subtly lays the blame on showrunners David Benioff and D.B. Weiss, who had a cameo in the scene. But this time around, we have to admit it’s probably Bradley’s water bottle, and therefore Bradley’s fault. You can’t blame him for wanting to stay hydrated in that undoubtedly sweaty costume, though.

Considering the fuss everyone made over the coffee cup, HBO is probably scrambling to digitally erase Sam’s water bottle. It may become an Easter egg remembered only by people who watched the finale live, so don’t expect to find it if you rewatch the episode later.

Update 7:11am CT, May 20: There are two water bottles present in the same scene: There is one behind Sam’s foot and one behind Gendry’s.