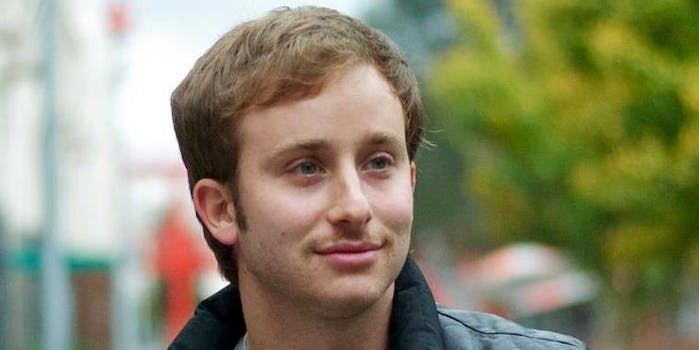 Meet the new A Song of Ice and Fire star.

Meet Facebook employee Dave Goldblatt. He’s going to have a character named after him in one of George R.R. Martin’s A Song of Ice and Fire books. You may have heard of them.

For the privilege of seeing himself killed in print, Dave Goldblatt dropped $20,000 in a charity auction Martin had partnered with to benefit the Wild Spirit Wolf Sanctuary and The Food Depot of Santa Fe. With his bid, Goldblatt claimed one of two “Martyr”-level contributions; the other winner has chosen to remain anonymous.

“I’m just lucky enough to be in a position to do this,” Goldblatt, who works at Facebook, told ABC News. “Obviously, the money is going to charity, so it’s an added bonus. I didn’t immediately seek to help wolf sanctuaries, but the more I read about the charities, I learned it was a worthwhile cause.”

Maybe we’ll get a flashback to the Doom of Valyria and that’s how Dave Goldblatt will die—crushed by molten rock in the great, unspecified cataclysm that destroyed the Valyrian Freehold.