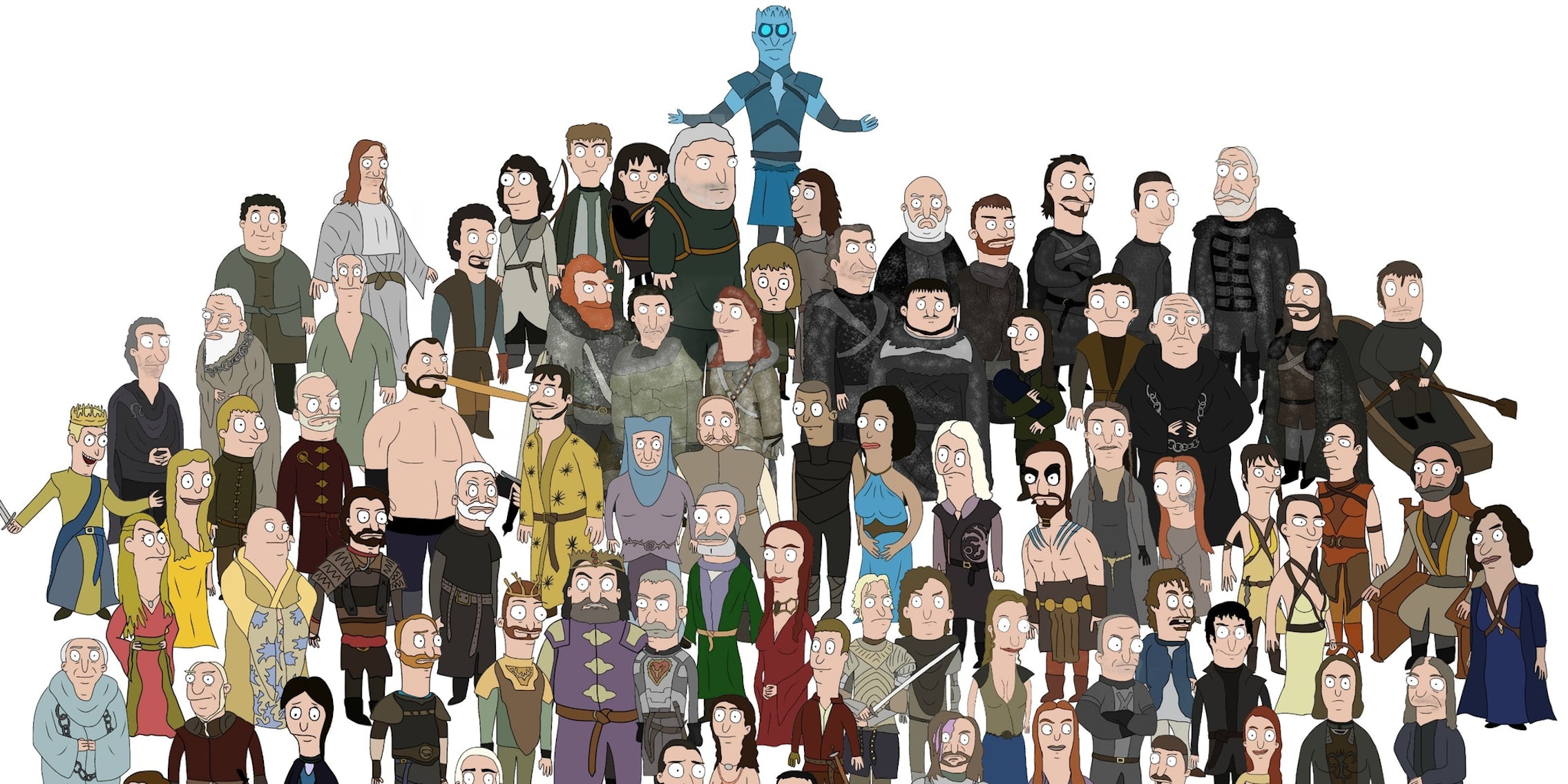 ‘Game of Thrones’ got a much-needed ‘Bob’s Burgers’ makeover

In this game of thrones, either you win or you fry.

We’ve already seen Bob’s Burgers take on Game of Thrones this past season, and thanks to Imgur user CarlosDanger101, we now know what the these characters would look like if they invaded the universe of the Belchers’ weird Jersey shore town.

Game of Thrones has bigger problems to deal with than small town politics and Jimmy Pesto across the street, but the Bob’s Burgers style leads to plenty of room to show how awkward and grim their reality is. You don’t need any death, destruction, or dragons to show that.

If the big, Simpsons-esque drawing is too much, CarlosDanger101 breaks it down by House, occupation, and even possible cases of wishful thinking. Hotpie naturally is in a class of his own.

It won’t be too much longer until it’s time for Daenerys Targaryen’s charm bomb to explode.