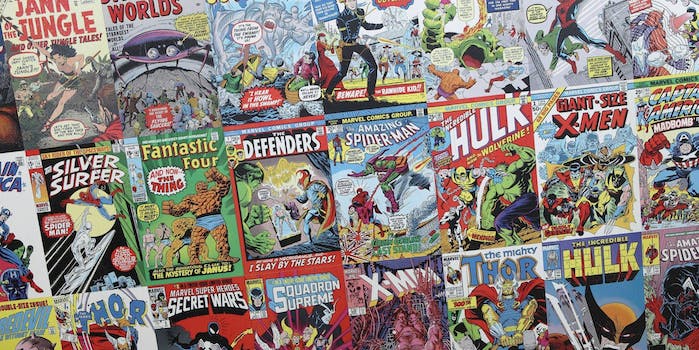 The Tumblr will help artists and writers navigate the industry.

Have dreams of entering the comic book industry but don’t know where to start? If you’re an aspiring writer or artist, you might find the advice you’re looking for at the new Comics Survival Kit. The Tumblr was started by popular comics writer Gail Simone, who is curating articles about working in comics from some of the top professionals in the field.

According to Simone’s welcome post, it’s an idea she’s had for a while. The description states the Tumblr will be “a collection of short articles designed to help new, aspiring comics creators to navigate all aspects of the industry. The intention is to provide both practical and creative advice on a wide variety of topics, all from the minds of many of the best and most successful creators in comics.”

Since the official launch of the blog, Simone has been active on Twitter spreading the word, explaining its creation, and reaching out to fellow creators like Si Spurrier about contributing. The newly created blog has become so popular, it was trending this week on Tumblr and on its way to being featured as a Tumblr Resource.

@NoemiGamel That’s what I started http://t.co/ybxl0PGFxe for. Good luck to her!

@sispurrier Hey! Will you do a short, short piece for http://t.co/ybxl0PGFxe ? Would love to hear a bit of advice from you for newbs!

Wow. Tumblr just informed me that http://t.co/ybxl0PGFxe is trending, and will be featured as a Tumblr Resource. Very cool!

Simone already has some impressive contributions from people like artist Al Davison and editor Molly Mahan. Considering her connections, it has the potential to become a definitive resource for anyone interested in a career in comics.