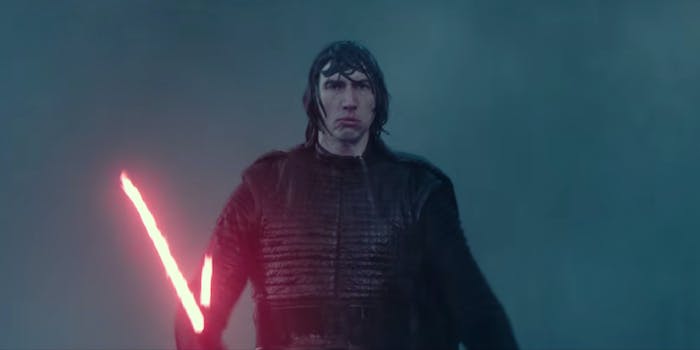 I find your lack of memes disturbing.

The impending release of Star Wars: Rise of Skywalker has the Star Wars fanbase abuzz with excitement. Add to that a slew of anticipated series headed to Disney+ this winter, and there’s lots of exciting Star Wars content on the horizon.

While we wait for the end of the Skywalker Saga, here are some Star Wars memes to help you remember some of the best moments from the series.

From ultra-niche jokes to goofy jabs at characters, dialogue, and storylines, the internet has been pumping out funny Star Wars memes for years. There is no shortage of material to work with, either. Dozens of video games, books, comics, series, and films set in the expansive Star Wars universe all provide ammunition for clever puns, silly jokes, and meta references.

So without further ado, here are the best Star Wars memes the internet has to offer.

Anakin is so very easy to ridicule. The thoroughly mockable lines and reviled characters in the prequel trilogy provided plenty of ammunition for meme creators. They take aim at everything from Anakin’s slow fall to the dark side to Order 66 and, of course, sand.

Even those uninitiated into the Star Wars fandom (poor, lost souls) are familiar with some aspects of the original trilogy. Hard-working creators of funny Star Wars memes immortalized iconic moments from all three movies.

Despite the overall popularity of the most recent movies, there is plenty of memeable material in the visually stunning films. Characters, expectations, and plot lines all provide the perfect material for fresh, 21st-century funny Star Wars memes. Rey’s lightsaber, featured in the most recent trailers for Rise of Skywalker, is a frequent target.