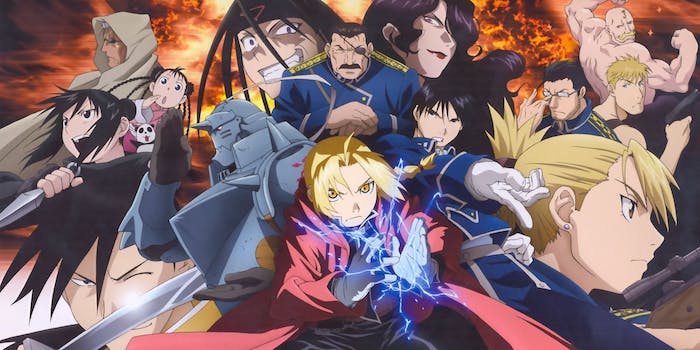 'I want to depict something that follows the original work as much as possible.'

With all the recent news of live-action remakes of Japanese films starring American actors, word that Fullmetal Alchemist is next in line should have longtime fans of the beloved anime gnawing at their fingernails.

Luckily, the news is good—the film has an all-Japanese cast, which has been a point of contention for other remakes such as Ghost in the Shell and Akira. Hey!Say! JUMP! pop star Ryosuke Yamada will take the lead as Edward Elric, while Alphonse Elric has not been cast yet. Actress and model Tsubasa Honda (Koinaka) will play Winry Rockbell, and actor Dean Fujioka (I Am Ichihashi: Journal of a Murderer) will play Roy Mustang.

“I want to depict something that follows the original work as much as possible,” Sori said. “The cast is entirely Japanese, but the setting is Europe. However, their race and nationality isn’t expressed in a specific form.”

After its 2001 manga debut, Fullmetal Alchemist quickly became a hit with readers and was adapted into an anime in 2003. It has since achieved great critical success and is frequently included in anime top 10 lists.

Call us crazy, but we think the franchise’s popularity might have something to do with the thoughtful, beautifully sketched relationship between the two central characters. Whether the live-action can do it justice, we can’t say, but it’s got to be better than that one time the Attack on Titan live-action completely changed the plot and hacked all the characters’ original motivations to bits. Right?