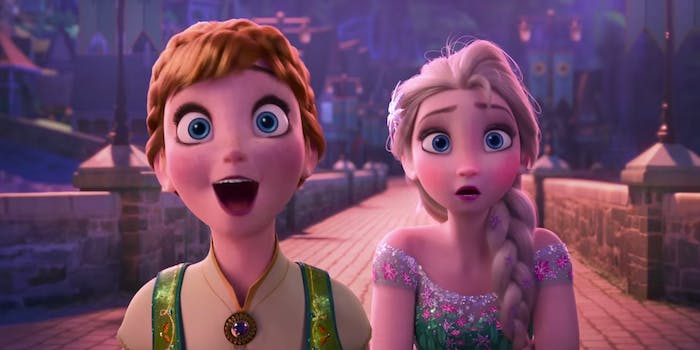 We must regrettably debunk the supposed ‘Frozen’–’Tarzan’ connection

The director of 'Frozen' supports this theory, but there are many issues with it.

We can’t get enough of the Pixar Theory, which ties together every single Pixar movie to date in one giant cinematic universe. But what if that concept also applied to Disney films decades apart?

Frozen co-director Chris Buck gave some credence to the conspiracy theory tying together Frozen and Tarzan, his two Disney films, in an Aug. 9 MTV interview. Buck, along with co-director Jennifer Lee, first touched on the theory last year in a Reddit AMA after they were asked where Anna and Elsa’s parents were heading on their fatal voyage.

“I said, ‘Of course Anna and Elsa’s parents didn’t die.’ Yes, there was a shipwreck, but they were at sea a little bit longer than we think they were because the mother was pregnant, and she gave birth on the boat, to a little boy. They get shipwrecked, and somehow they really washed way far away from the Scandinavian waters, and they end up in the jungle. They end up building a tree house and a leopard kills them, so their baby boy is raised by gorillas. So in my little head, Anna and Elsa’s brother is Tarzan — but on the other side of that island are surfing penguins, to tie in a non-Disney movie, ’Surf’s Up.’ That’s my fun little world.”

Officially, it may only be Buck’s headcanon, but the Frozen–Tarzan theory has been gaining traction since at least Lee’s original mention of it in the AMA. Frozen has already introduced the possibility of Disney films being interconnected with the smallest of cameos: Rapunzel and Eugene showed up at Queen Elsa’s coronation.

Because of those cameos, fans already believe that Anna and Elsa’s parents were heading to Rapunzel’s wedding from Arendelle. That would suggest that Tangled took place three years before the majority of Frozen. One version of this theory holds that the two royal families are related. Furthermore, when the royals’ ship was destroyed in the storm, it sunk to the bottom of the sea, where a mermaid named Ariel would eventually find it.

The new theory holds that the king and queen actually survived the initial storm, which blew the ship so far off-course that it ended up in the Atlantic Ocean. A second storm, seen in Tarzan, would put the couple on the coast of Africa (Tarzan doesn’t specify in which country it takes place). Assuming that The Little Mermaid is also in the same universe, that story actually takes place in the Caribbean, not off the coast of Denmark.

At some point during the voyage, the king and queen gave birth to Tarzan, and after their untimely deaths thousands of miles away from home—well, you know the rest.

Unfortunately, as nicely as this theory would have fit all the films snugly together into the Disneyverse, each movie’s canon disproves it—a fact that Emily Carson broke down on Channel Frederator last year.

For one, Tarzan’s parents and Anna and Elsa’s parents look nothing alike, even if you take into account the passage of time when traveling from Arendelle to Africa. 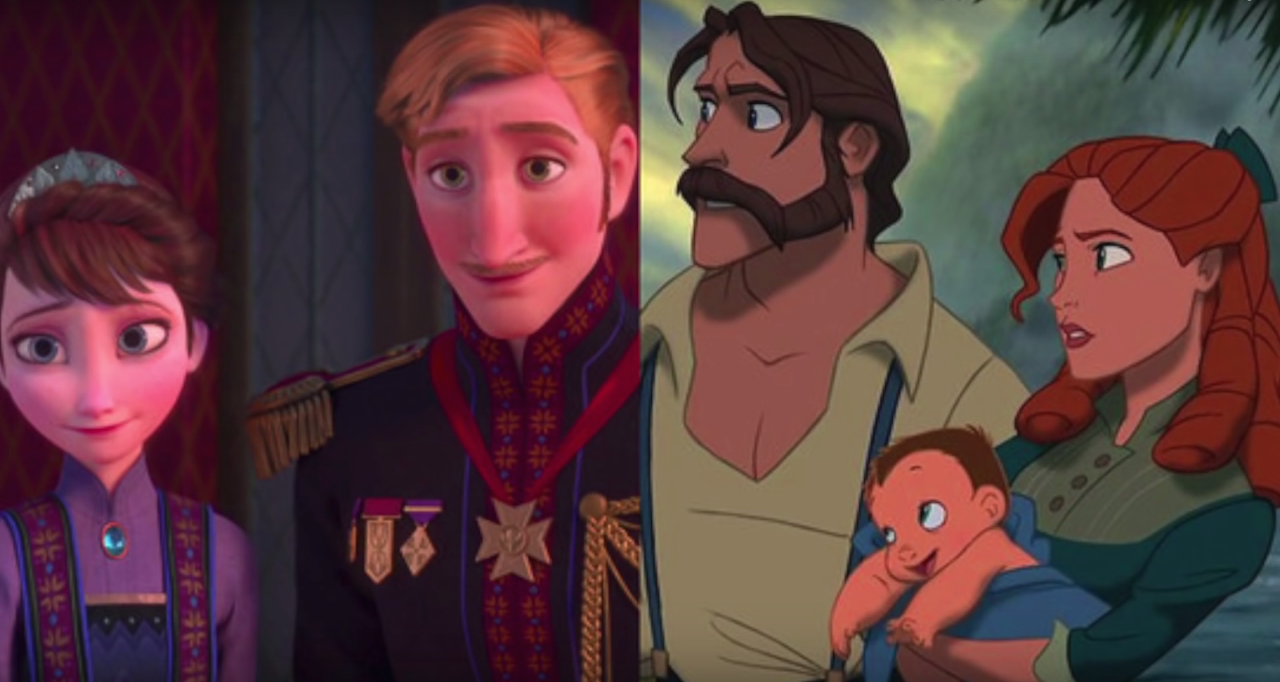 Clothing from the time period places both Frozen and Tangled approximately in the 1840s, while Tarzan begins around the 1880s. If the king and queen were on a ship that whole time, how on Earth did they have a photograph of themselves with baby Tarzan in their possession? And if Frozen also connects to The Little Mermaid, how did the ship get to the Caribbean and put the king and queen onto the coast with a small child?

Logic might put a kibosh on this interconnectivity, but we’ll always be able to look to the merchandise, which puts all of the Disney Princesses together as friends—no matter what their time period or story.