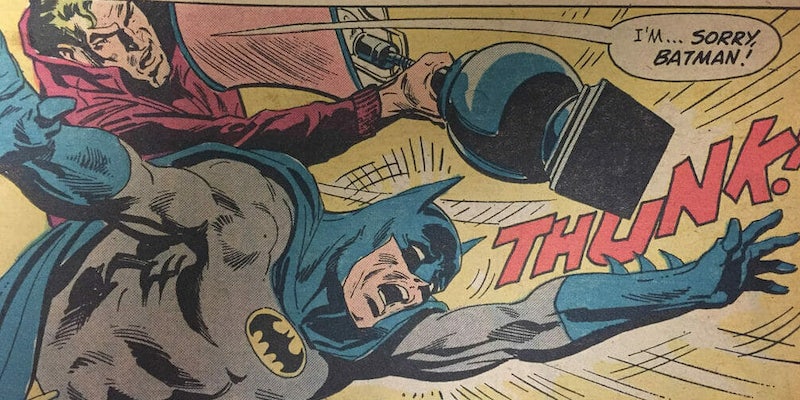 How to (legally) read your favorite comics online for free

You don't need to open your wallet to get your fill of comics.

We’re living in a golden age of digital comics, with the market providing a myriad of options when it comes to reading your favorite books online. The downside is, most of these options cost money. For people looking for free comics, there are two options, piracy or compromise. Plenty of sites offer pirated scans of today’s top books for free, but the sites listed below are 100-percent illegal. What’s a cash-strapped fan to do? Fret not, here are the best legal ways to read free comics online, from mainstream classics to indie favorites.

ComiXology is the leader of the digital comics world, offering books for individual sale or through its incredible Unlimited program. That doesn’t mean they don’t have something for fans on a budget. The site’s free section offers readers over 120 free issues to read, from the biggest publishers on Earth to tiny indies. A vast majority of the books are first issues, serving as a jumping off point to paid content, but reading 120 issues is still going to take up plenty of time before you open your wallet. (If that’s not enough, you can upgrade to ComiXology Unlimited.)

Marvel is another company with a great subscription service who still offers readers free issues. However, a quick look will reveal its frustrating limitations. While competitors like ComiXology offer real issues, Marvel’s collection is mostly made up of odd business tie-in comics. There’s an entire Black Panther series, but it’s sponsored by Lexus, while the Guardians of the Galaxy appear in books backed by Ford and Hanes. The four-issue Avengers series is excellent until you realize it’s a promo for the Marvel Alliance video game. These books still mostly feature fine art, but it’s a little annoying to discover nearly every option is an ad. Yet, when you’re looking for free comics don’t look a gift book in the mouth. (Interested in upgrading to Marvel Unlimited? Here’s everything you need to know.)

Launched in 2005, Drive Thru Comics was the first online marketplace for digital comic books. Like most stores, its content mostly costs money, but Drive Thru makes plenty of room for free comics online. With 112 pay-what-you-want issues available for download and reading, Drive Thru offers up a generous serving of indie comic magic. Options range from single issues to massive 200-plus page anthologies from the world of independent comics. You won’t find Spider-Man or Batman, but you will find more content than you’ll know what to do with. If you’re less concerned with name brand heroes and don’t mind digging for gold, make sure to stop by the Drive Thru.

While it doesn’t have the awe-inspiring size of the ComicBookPlus, there are still thousands of titles to choose from in the DigitalComicMuseum. Its reader is almost as good as CBP’s, with the added benefit of being able to use your keyboard’s directional keys to navigate through issues. The problem is the site is set up to let you download rather than read, so you’ll need to click the “Preview” button before you can read an issue online. Once you know, it isn’t a problem, but for first-time readers of the site, it can be confusing. DigitalComicMuseum has an excellent collection of old humor comics and TV spin-offs, but the eclectic spirit of the Golden and Silver age is alive and well throughout the site. Whether you want aliens or Abbott and Costello, you should spend a night at this museum.

Determined readers who don’t mind digging for treasure should make Archive.Org their first stop. With over 27,000 texts in its online Comic Books and Graphic Novels section, Archive is easily the biggest resource of legal free comics online. Spanning everything from webcomics to manga to out-of-print classics and forgotten alt comics, it’s easy to get lost discovering new content. Parents should be aware, however, that Archive doesn’t monitor its records for content, so there’s a fair amount of graphic material buried in the stacks.

Like Marvel and ComiXology, Comic Blitz is first and foremost a paid service, but that doesn’t mean you shouldn’t give its free section your time. Focusing on smaller indie publishers like IDW, Valiant, and Dynamite, Comic Blitz is a buffet of lesser-known books you might have explored yet. Like its fellow paid sites, the free section is primarily made up of first issues, but Comic Blitz has over 200 free issues to choose from. We highly suggest checking out everything you find from Valiant, but there are heaping helpings of titles available. Plus, you’re almost guaranteed to discover a new hero you’ve never heard of before.

Wendy and Richard Pini’s Elfquest is, without exaggeration, one of the most important comic book titles of all time. Debuting in 1978, this fantasy series about the struggles of a community of elves in a world of magic and monsters ran with only minor interruptions until 2007. Over the years issues have been published by Pini’s own Warp Graphics, Marvel, DC, and Dark Horse Comics, making it a rare multi-company success story. Inspiring thousands of indie comics in the ’80s and telling a continuous story throughout its run, Elfquest is an extraordinary thing. Now you can read almost the whole thing for free. Every issue published before 2013 is available to read for free on Elfquest’s website. If you want to read the ending, you’ll need to pick up Dark Horse Comic’s The Final Quest series, but first, you’ve got almost 30 years worth of stories to catch up on.

ComicBookPlus is a monster of a site, with over 17,000 Public Domain Gold and Silver Age comic books in its collection. If that wasn’t enough, the site has massive archives of comic strips and pulp fiction books, along with various other odds and ends from the era. Of the free sites, ComicBookPlus has the best online reader, with large scans of each book and a fast loading interface. I’ve lost hours in its library of horror and sci-fi comics, but there’s something for everyone. If you’ve never read a romance comic from the ’50s, start there for a hysterical throwback.