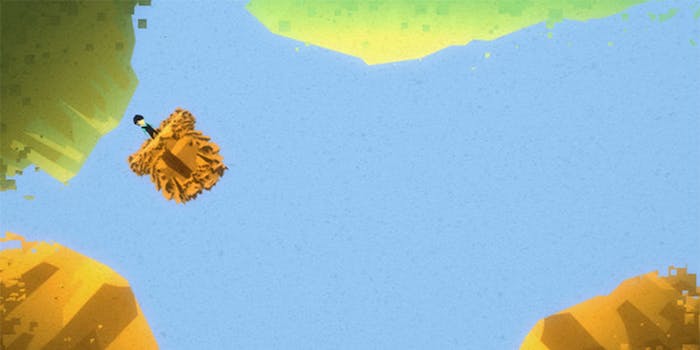 Why gamers are excited about ‘Four Sided Fantasy’

Try to wrap your brain around screen wrap.

A new game on Kickstarter has players opening their wallets and throwing cash at their computer screens. Four Sided Fantasy challenges players to experiment with screen wrap. It’s essentially when a player runs through one side of the screen and comes out the other. It can be best described as if the level were wrapped around a cylinder.

What’s so interesting about the game is how it forces players to think in a 3D perspective on a 2D plane. The experience can be best described as having a “cube high.” It’s like when you’re trying to solve a Rubik’s Cube—at the second or third hour mark, a person’s brain starts thinking more spatially than it ever has before. The mind feels incredibly light, the person feels out of it, but the brain is calculating every turn from all angles. It can be like an out-of-body experience, without drugs.

It’s kind of hard to explain the game in writing, but GIFs found on its Kickstarter page illustrate things more clearly.

Four Sided Fantasy is set to release in early 2015.