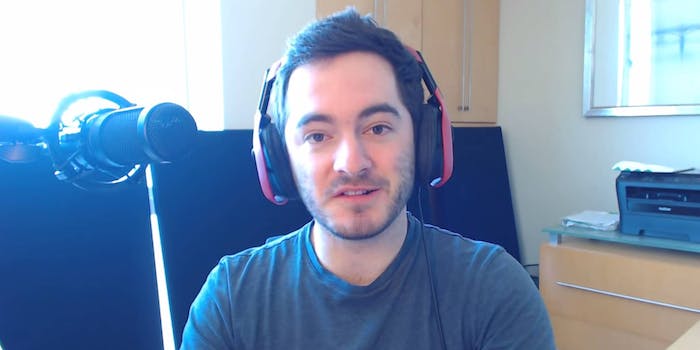 Fallout is just a little too close to Fortress Fallout, according to Zenimax Media.

It’s tough out there for an indie game developer.

Maron received a cease and desist letter from Zenimax Media, the company that owns developer Bethesda Software, which created the Fallout franchise. The letter said that the title for the new indie game infringes on Zenimax’s copyright. It caught Maron by surprise. When naming his game, he said he never intended for connections to be made to the popular post-apocalyptic, open-world shooter.

Zenimax does have a history of filing litigation. Last year the company filed a lawsuit against Facebook and Oculus Rift for taking technology that Zenimax feels belongs to them. This happened when John Carmack, a long-time developer for Bethesda, left the company to join Oculus. Zenimax argued that anything Carmack worked on while at Bethesda is the property of Zenimax. Facebook and Carmack feel differently. As of now, there still has not been a settlement.

For Maron, he lacks the resources to take on Zenimax in this potential lawsuit, and has decided to change the game’s name. His lawyers told him that any word that was used in another game warrants potential litigation. This has left Maron a little frustrated. He still believes there’s a clear distinction between the two games with little room for confusion. Maron has asked his YouTube followers to recommend some new names for his game.

This comes after Bethesda announced, for the first time ever, that the company would be hosting a conference during E3. Many assume that it will focus on a new Fallout game, which could be why Zenimax is being so protective.

This isn’t the first time an indie developer has been in hot water because of a game’s title. Last year, developer Stoic Studios was in trouble with King. Stoic had released a game called The Banner Saga, which King felt infringed upon it’s intellectual property for Candy Crush Saga for the use of the word “saga.” The internet went crazy and eventually King dropped the cease and desist and allowed Stoic to keep the name.