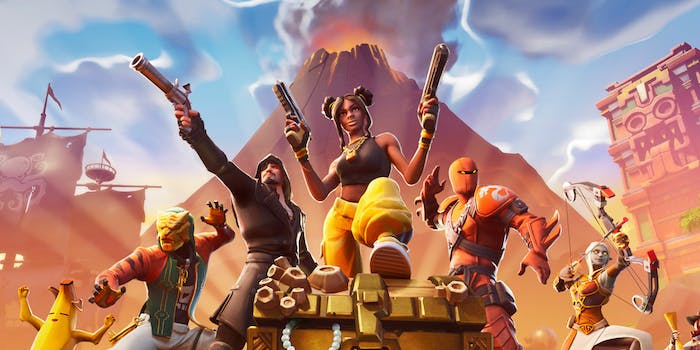 Fortnite is getting an ‘undo purchase’ button

Get those precious V-bucks back.

As any Fortnite player knows, developer Epic Games makes the biggest chunk of its money selling character skins and other cosmetic items that help you stand out from the battle royale crowd. It’s done everything from vikings to sexy clowns, but sometimes purchases can be made in error, and up until now there’s never been an option to refund or reverse a purchase if you accidentally selected the wrong item. That might soon be changing since a Fortnite undo purchase button is on the way.

Every purchase in Fortnite has been final. If the player hits the “purchase” button, the necessary V-bucks would automatically be drained from their account. If a player really wanted a refund they’d have to use up one of three allotted refund tokens. Players only get those three refund tokens over their account’s entire lifetime.

It looks like that system will stay in place, but now players can undo a purchase in Fortnite, so long as they click the undo button within five minutes of their last purchase. If a player loads into a new match with that unintended purchase, they won’t be able to undo it.

A member of the Fortnite engineering team made a comment on the game’s subreddit to explain their plan.

“We neither want to add friction for players nor do we want to benefit from accidental purchases or players regretting a purchase,” said Reddit user and Fortnite developer DanDaDaDanDan. “Our initial solution for this was to add a refund token system. As an ongoing iteration, we are going to introduce an “undo” button to the store page that allows you to easily refund without using up a token within a 5 minute time window, assuming you haven’t started a match since purchase.”

The reaction to the upcoming change has been mixed, with some Reddit users responding that Epic Games should have just added a “confirm purchase” button instead.

It doesn’t look like the undo purchase button will be part of the v8.10 patch that released on March 12, judging from the patch notes. Look out for it most likely in the next update. Fortnite fans can get their hands on the new “Baller” vehicle, though.