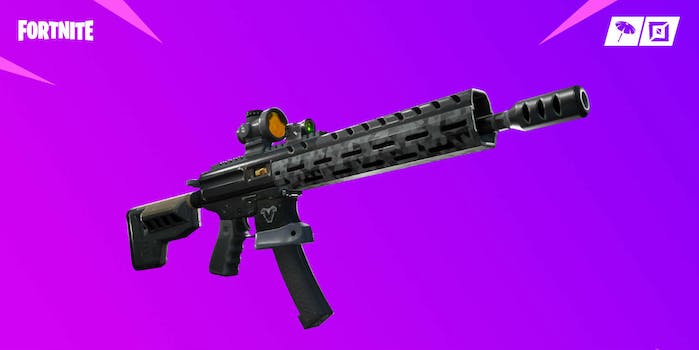 The changes ought to make for a less frustrating experience.

Fortnite season 9 is well underway, and as is tradition, developer Epic Games has the first patch of the season to address some significant problems with weapons, items, and some new additions. Here’s the rundown of what’s new in Fortnite season 9 patch 9.01.

1) The ungodly Drum Gun is nerfed

If you’ve ever been on the receiving end of Fortnite’s Drum Gun, you know what a nightmare it can be. The high rate of fire and damage is known to absolutely chew through walls, .o0to say nothing of people. The Drum Gun was reintroduced at the start of season 9 thanks to season 8’s unvaulting event. Players could see it as part of the various legacy items resting on giant shimmering obelisks, so of course, everyone was eager to jump on it.

So what’s new? Base damage with the Drum Gun has been reduced from 26/27 to 22/23, with Epic stating: “Since its unvaulting, the Drum Gun effectiveness has been slightly higher than we wanted. This change should reduce its combat effectiveness while still retaining its flavor.” This should hopefully make time-to-death a little longer, and give you a more fair fighting chance.

2) The Baller vehicle gets deflated

I have a love/hate relationship with the Baller vehicle, which arrived in season 8 as a sort of goofy but still very viable means of getting around. Unfortunately, some of that viability meant being pretty tough to destroy if another player was rolling around in one. If a player was driving a Baller in the late-game, and you took a shot at them, your odds of destroying them quickly was low, and you just gave away your position to do it.

So what’s new? Epic has nerfed the Baller by lowering its health from 200 to 150.

“The primary goal of the Baller is to provide fun and exciting mobility,” Epic wrote. “We feel that it still has a little too much defensive agency – this change should reduce the effectiveness there while not impacting its strengths.”

So no more driving around like an invincible bouncy ball, you hear?

3) Taking on the Tactical Rifle

Just in time for the upcoming John Wick-themed event, Fortnite is adding the Tactical Rifle. Epic says it works great in close quarters, so maybe you can recreate some of those tactical tumble brawls from the movies. Details below copied from Epic’s blog post:

And here’s the rest of the patch notes, which detail some minor changes, all quoted directly from Epic’s blog post:

Make sure to check out all of our ongoing Fortnite coverage.