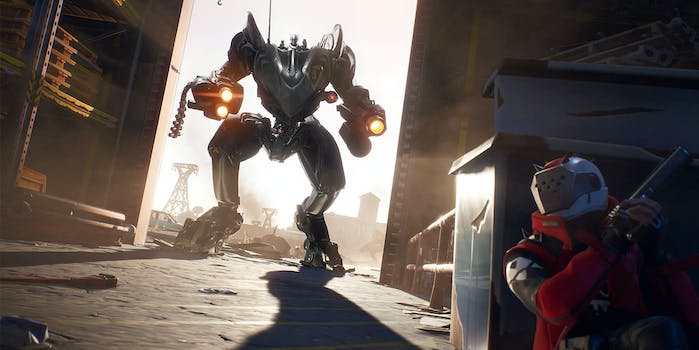 Fortnite may be mashing locations together, starting with ‘Moisty Palms’

Fortnite season X (aka Fortnite season 10) has ripped the battle royale’s map a new one, what with all the weird changes to time and space. It appears that Fortnite may be starting to combine certain locations into one Frankenstein’s Monster, according to some info obtained by longtime Fortnite data miners, first reported on by Dexerto. First on the list is a new location known as “Moisty Palms.”

On Reddit, dataminer Ep8Script posted a list of files they had found indicating new locations, including Moisty Palms and a “Spicy Steps.” Moisty Palms would be a mashup of the now-absent Moisty Mire and Paradise Palms.

The files mined by Ep8Script also include mentions of Festivus, Lazy Lagoon, Pressure Plant, Sunny Steps, and the Block.

This new Moisty Palms will most likely replace Paradise Palms on the lower right side of the map, or perhaps the go-kart track to the north.

Spicy Steps isn’t a new revelation. Data miners discovered that one some time ago. The similarly titled Sunny Steps is the same as it’s always been.

Fortnite’s new rift zones may play a role in how and when these locations change. They’ve seemingly already brought Dusty Depot back from the dead. According to a separate story from Dexerto, data miners have discovered that Tilted Towers will most likely be getting another huge makeover in the form of a Wild West motif.

Lastly, a sort of beacon emitter has already appeared in Neo Tilted, giving us a possible clue as to how soon Tilted will receive its makeover. Evidently, Fortnite developer Epic Games plans on many more frequent, but smaller changes to the Fortnite map over the course of the season.