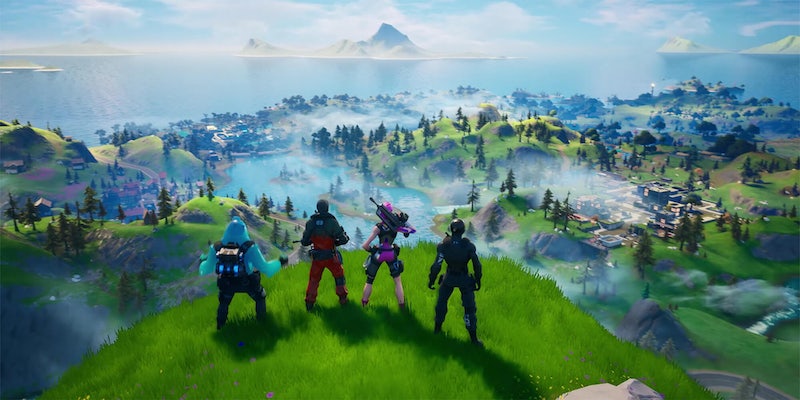 'Is anyone else missing the black hole?'

Two days after Fortnite’s massive blackout sent players into a tizzy, the immensely popular online game has returned with a new Chapter 2 map.

“Fortnite’s tweets are back up.. DOWNTIME HAS OFFICIALLY STARTED,” user @_egiaS tweeted.

Fortnite’s tweets are back up.. DOWNTIME HAS OFFICIALLY STARTED #Fortnite2 pic.twitter.com/CE05TY8zHx

Soon after, the account tweeted out the trailer for Fortnite Chapter 2.

8-12 year olds when they find out Fortnite is back #Fortnite2 #FortniteSeason11 pic.twitter.com/VKPfEUcIos

During the finale of the game’s 10th season Sunday night, hundreds of thousands of fans watched in horror as a black hole sucked up the players and the game map, leaving them staring at a pulsating black orb for nearly 48 hours. At the same time, all the tweets from Fortnite‘s Twitter account mysteriously disappeared.

With the game rendered unplayable, users tried to find clues in the game’s code.

The https://t.co/0TDeMk7Bda code was updated so the the-end thing has its end_time as Thursday at 4am EST

take it as you will pic.twitter.com/P6gYB7lWHw

Once it was back up, fans were quick to jump back in the game and express their gratitude.

But others admitted they kinda missed the black hole that they’d learned to love over the past 48 hours.

“Is anyone else missing the black hole?” @Inevitable_JF said.

Is anyone else missing the black hole? #fortnite #FortniteBlackout @FortniteGame