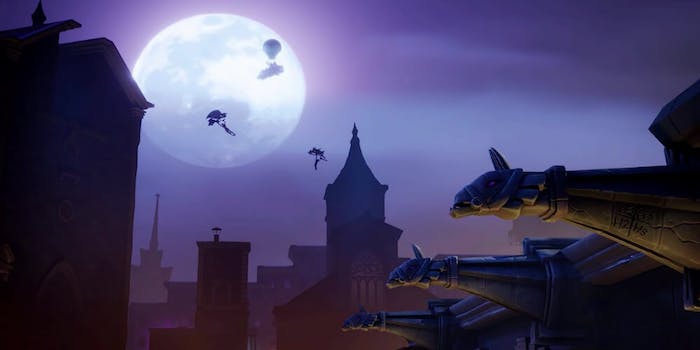 Fortnite leak reveals a Batman crossover event may be happening

It may be the largest crossover since 'The Avengers' event.

Reports of a recent Fortnite leak seem to indicate that the largest crossover since The Avengers event is happening.

Six images featuring Batman’s wings, cape, gun, and Batarang, along with a Gotham City map and a Batman loading screen surfaced on the Fortnite Battle Royale subreddit on Wednesday. Many think that Batgirl and the Joker will also be part of the event after seeing two male and one female encrypted skins.

The leak comes several days before the next update on Sept. 21, which is also Batman Day.

Redditor u/SuperDude4368 wrote, “All new Leaks found within the latest update,” along with the images. 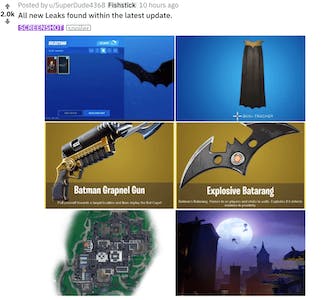 DC Comics announced that cities around the world are shining the Batman symbol to celebrate Batman Day. 2019 marks Batman’s 80th anniversary, and some fans may just be celebrating by playing Fortnite.

The Daily Dot has reached out to Epic Games and DC Universe for confirmation.