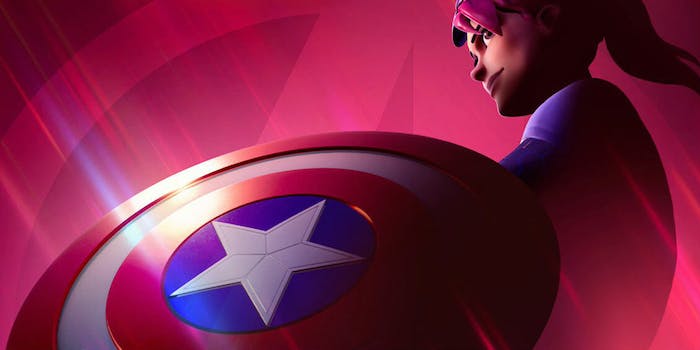 Fortnite is getting an Avengers Endgame event

The biggest crossover event of the year just got even bigger. Fortnite’s massively popular battle royale mode is getting an Avengers Endgame event, and it’s coming soon.

Thanos has already joined up with Fortnite for one special event in the past, so I’m sure Marvel figures why not go for two? The Fortnite x Avengers Endgame crossover event starts April 25. The news comes via tweet from the official Fortnite Twitter account, which posted a picture of a Fortnite character wielding Captain America’s iconic shield. That’s a big indicator that new skins might be on the way emulating our favorite Marvel Cinematic Universe heroes.

Fortnite previously dabbled with an Avengers-themed event around the release of Avengers Infinity War. Players would try to determine where a meteor struck Earth during a match, then collect Thanos’ Infinity Gauntlet, turning you into the purple Titan himself. Players could then leap around the map one-two punching enemies to death, ground-pounding all over the place, or shooting things with lasers.

What can you expect from this new event?

There’s no additional information about the event currently available, but we can pretty safely assume that some new skins are on the way. After all, Fortnite has previously added NFL and World Cup skins before.

We’ll keep you updated on all things Avengers Endgame and Fortnite as they happen. Make sure to check back for more details on this new tie-in as they drop.