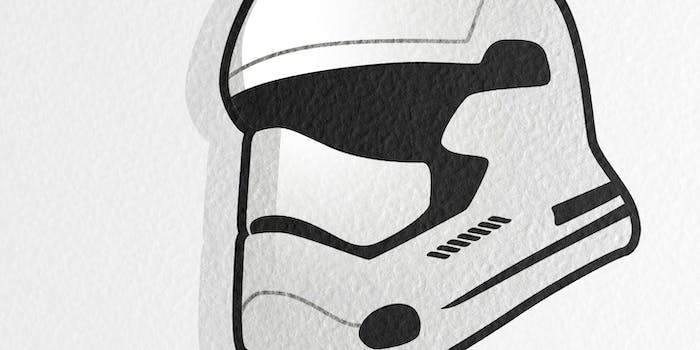 'Headspace' is an inspired, wagon-circling production.

The Star Wars franchise lands its imperial punch, in large part, thanks to the classical mastery of composer John Williams. A thickly mapped score—grounding the swashbuckling adventure of Hollywood romance—is central to the popcorn joy.

But if the genre ever needed a Jedi master to bring balance to the galaxy by way of zapped and animated electronic music, Rick Rubin proved on Friday he’d be up for it.

Though his Star Wars Headspace project won’t see a physical CD release until March 18, Apple Music and Tidal subscribers woke up this morning to a shimmering compilation. It’s one that fuses some of the highest trending names in EDM, IDM, eurodance, ambient, dubstep, and grime, with, well, R2 bleeps and Chewie howls.

Like that time French pyramid gods Daft Punk contributed music to Tron: Legacy, Rubin’s ensemble effort is a hip record for blog-scrolling bohos. Stack Los Angeles’s perennially hailed Flying Lotus or Norwegian duo Röyksopp on any daily lineup (the latter’s 2001 startup Melody A.M. stands as a heralded genre classic) and the heads will fiddle with their antennas to listen.

The 15 tracks are dynamic—contributors use the series as a backdrop to convey acute tones of despair, joy, inconsequential playfulness. “Han shot first and Greedo never shot his gun… Luke lost his hand, but a Jedi doesn’t need one,” goes the hook to techno guru Claude VonStroke’s “R2 Knows.” It’s a house track—danceable, robustly powering a laptop disco with its pounding beat—and among the few that incorporates original words.

Most everything else runs on familiar, sanctioned samples: GTA’s “Help Me!” is Princess Leah’s despair and Darth Vader breathing—an apéritif of a throwaway remix you’d find on SoundCloud. TroyBoi’s “Force” is more interesting, welding blaster noises and lightsaber hums into ethereal, shit-losing beats that bounce like early 2000s Neptunes singles.

Halfway through the thought experiment, Rubin places his solo contribution, “NR-G7.” Like his album brethren, he leans on droid bleeps and Vader exhales, but the record’s palette numbs and spirals downward a churning suite of ideas. (There’s, like, four standalone beats wired together.)

The tonal shift evokes a bleakness. Bonobo’s “Ghomrassen” again uses the R2 bleeps, not as adorning party favors but as drowning voices in space, alive with dread of the vastness. Röyksopp’s eight-minute, Greedo-sampling “Bounty Hunters” is a menacing jackhammer of sith synths. Toronto EDM newcomer ATTLAS samples Ben Kenobi and worships at the temple—it’s thematically the training montage of the record. The track is balanced by Galantis’s “Scruffy-Looking Nerfherder,” which is a heavenly, sparkling wake for Han that lands with all the rising melodrama of an M83 song.

The sum of the album’s parts amount to a sonic blockbuster, creating one hell of an expanded universe.